Monk-Pants, aka Morgan Kelly’s Alvis, is back in Killjoys’ August 12 episode, and it looks like his romantic relationship with Dutch (Hannah John-Kamen) is very much still a thing. Sorry D’avin!

Meanwhile D’avin (Luke Macfarlane) and Royale bartender Sabine (Tori Anderson) find themselves in a far less comfortable position while on a mission together.

The episode, titled “Heart Shaped Box” will see “tensions rise and the entire team tested when Dutch captures and interrogates a lethal Level Six agent” according to the latest details from Syfy.

(Data point: we have a soft spot for the villainous Liam Jelco. Pascal Langdale was our first ever interviewee back when he was Ethan Mars in Sony and Quantic Dream’s Heavy Rain and our magazine was called ChevronOne.)

You can catch “Heart Shaped Box,” an episode that sounds far more romantic than it will inevitably turn out to be, on Friday August 12 on Syfy. 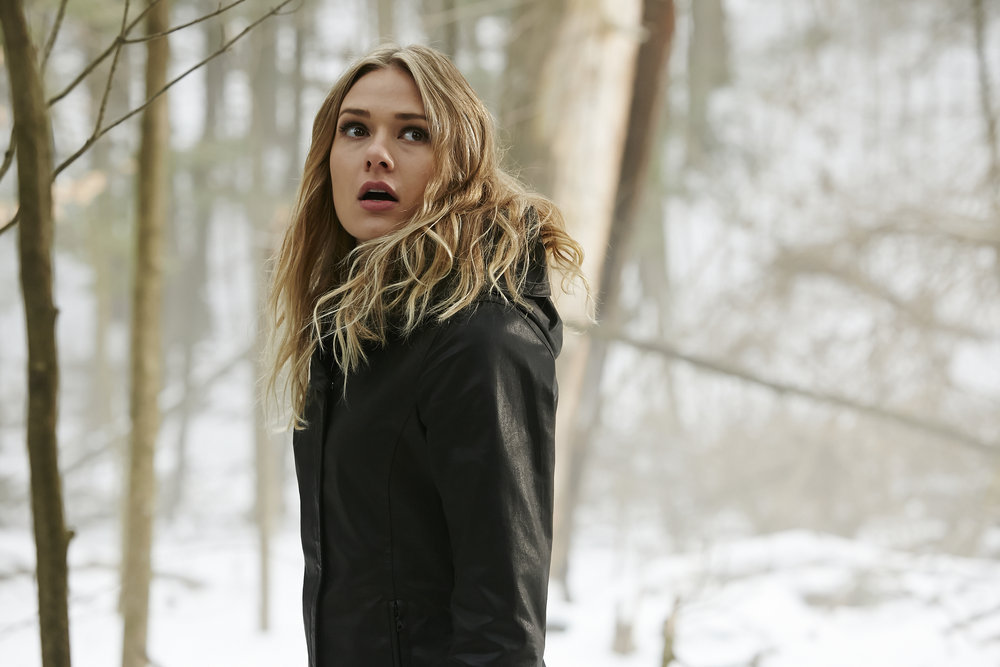 DARK MATTER Photos: Season 2 Episode 7 "She's One of Them Now"