Brotherly Bonds Are Put to the Test on LUCIFER

by Jennifer Griffin
Ella (Aimee Garcia) turns to Maze (Lesley-Ann Brandt) for help in tonight’s episode of Lucifer when her responsible, respected, by-the-book, older brother is accused of murder. However “My Brother’s Keeper” quickly expands on that initial theme of brotherhood, and the hour sees some interesting developments for fraught brothers Lucifer (Tom Ellis) and Amenadiel (DB... Read More

Ella (Aimee Garcia) turns to Maze (Lesley-Ann Brandt) for help in tonight’s episode of Lucifer when her responsible, respected, by-the-book, older brother is accused of murder.

However “My Brother’s Keeper” quickly expands on that initial theme of brotherhood, and the hour sees some interesting developments for fraught brothers Lucifer (Tom Ellis) and Amenadiel (DB Woodside), and even a smidge of backstory on Cain and Abel.

While Maze and Ellen(!?!) — it’s hard for our favorite demon to keep track of names when she’s bored — make for an unusual duo, their adventure mirrors that of Lucifer’s, who also reaches out for help this week after he finds himself with an unsolvable puzzle: how to put an end to Lt. Pierce (Tom Welling).

But while Ella’s journey is more about keeping faith in her family alive, Lucifer quickly discovers his unhelpful big brother is not at all what he thought.

And yes, predictably, but no less enjoyably, the discovery will cause all sorts of ’emotional leakage’ as he and Decker (Lauren German) work to solve the murder from an official angle, he while openly disparages the trustworthiness of brothers in general.

Older brothers are all very well, he complains to Chloe and Ella at one point, “Except when you need them to help you kill someone. Where are they then?”

But Lucifer is not the only one struggling with trust issues this week. Dr Linda (Rachael Harris) will find herself experiencing a moment of PTSD when she is unexpectedly approached by the therapy-seeking Charlotte Richards (Tricia Helfer). As you may recall, when these two last crossed paths, Charlotte — then Lucifer’s mother — almost killed her, and Linda is not one to forget a face, or a near death experience at the hands of a desperate, psychotic, celestial being.

Is there hope for a meeting of minds here, or is it better for these two to never speak of Charlotte’s ‘missing time’ again? Watch to see how this one unfolds.

What more can we tell you? That Trixie’s training under Maze’s instruction is progressing frighteningly well? That Dan’s idea of the best place to go is Comic Con (he’s clearly never done the press circuit in San Deigo), or that while this week’s episode is not as light as last week (don’t expect to see Tom Ellis flaunting it in star-spangled underpants), fans of Tom Welling are in for a treat, as the increasingly desperate Lieutenant Pierce decides to take matters into his own hands in a bid to find peace in the sweet arms of death?

The result? An absolute treat of a staggered fight scene in which Lux is (gradually) completely trashed, and Pierce/Cain shows what he is really made of. Not to be missed!

In the meantime, catch all the latest official photos from tonight’s episode below. 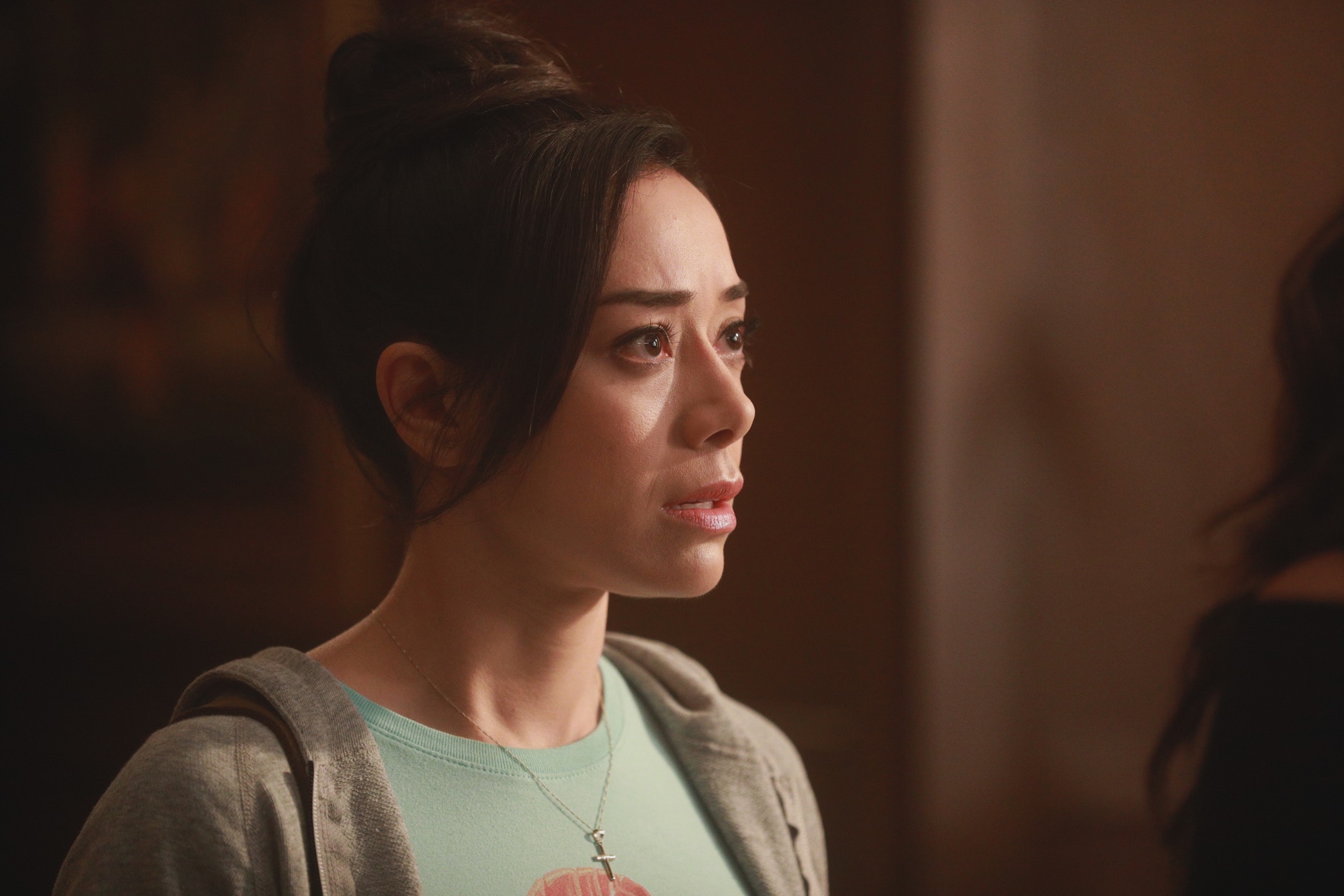