Relationships are Both Tested and Forged on LUCIFER

This week’s episode of Lucifer will find our favorite horned one doing his best to carry through on his word to put Cain, aka Lieutenant Marcus Pierce (Tom Welling), out of his misery.

However Lucifer’s (Tom Ellis) disturbing but unimaginative opening salvo leaves Pierce (the man who describes the aftermath of jumping into a volcano “a rough 6 months”) feeling a little underwhelmed.

Ditto for Lucifer’s suggestions of an acid bath, swallowing a grenade, and being devoured by wolves.

But everyone has a kryptonite, reasons Lucifer (and yes, the Smallville reference is not lost on us), and he is determined to find Pierce’s — if only to deliver an “epic loogie in the old man’s eye.”

This skewed faith of his own convictions will prompt Lucifer to get as close to Pierce as he can in order to find out what makes him tick.

How fortunate then that the LAPD’s latest case necessitates two cops to go undercover as a couple in order to get to the bottom of the murder of an ecstasy cook-turned-chemistry-teacher. And although the show doesn’t quite successfully manage to steer away from the notion of two gay men as an adorable and humorous novelty, Tom Ellis brings the mirth when he goes all out to win the award for the most annoying neighbor in the world (If you’ve ever wanted to see Ellis stripping down to a thong emblazoned with the American flag, then this is the episode you’ve been waiting for) in an attempt to lure the killer to justice.

However the results of all this together time will bring unexpected results by the hour’s end that we won’t spoil for you here.

And speaking of unexpected results, this Amenadiel and Linda-less episode will see two (arguably three) of our regulars making a play for something more in the relationship stakes, only to be rebuffed by the object of their affections.

What more is there to be said, except that you should look out for a Daredevil style corridor fight scene (yes really) as Lucifer tries to penetrate a Korean drug den and a hoard of henchmen do their best to stop him. (You’ll want to rewind and watch this one again and again.)

Lucifer’s “Til Death Do Us Part” is a confident and visually stylish hour, seasoned with just the correct amount of humor and character moments to keep us all hooked.

LUCIFER “Til Death Do Us Part” 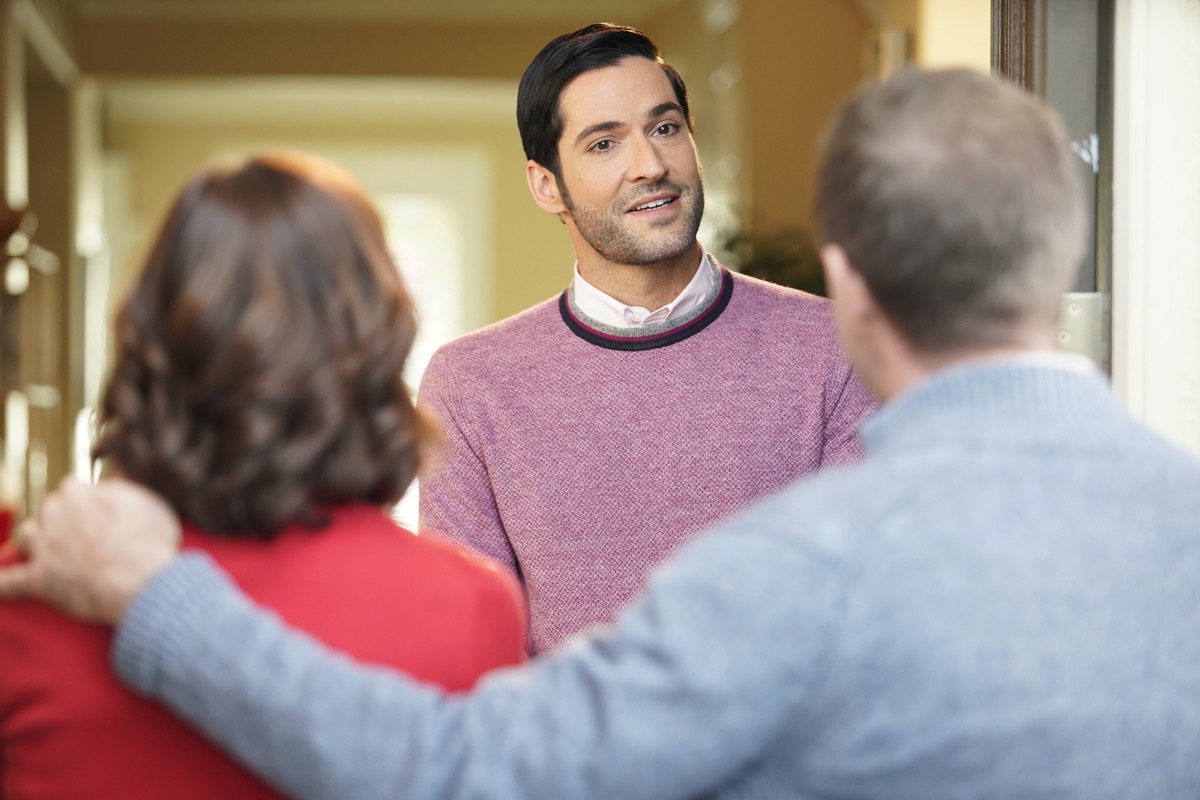