When Cal (Jack Messina) wakes with a life-threatening fever, Grace (Athena Karkanis) worries it’s a side-effect of his experimental cancer treatment, but Michaela (Melissa Roxburgh) and Ben (Josh Dallas) suspect Cal’s condition may be related to a mysterious passenger from Flight 828.

As Cal’s situation worsens, Ben and Michaela attempt to track down the now-missing passenger. 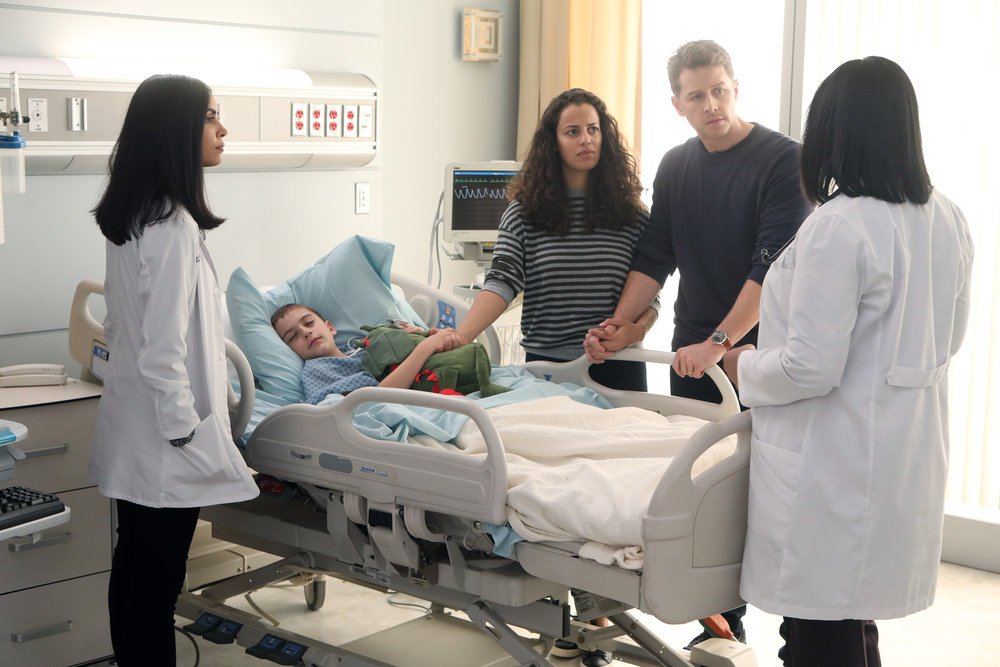