ONCE UPON A TIME Season 5 Episode 3 Images: “Siege Perilous”

by Jennifer Griffin
Once Upon a Time’s October 11 episode will see David and Arthur teaming up for a heroic quest (count us in), while Emma continues her plans to extract Excalibur from its stony prison. Catch our full gallery from “Siege Perilous” following ABC’s full synopsis for the episode below. And FYI, the episode will see Sinqua... Read More

Once Upon a Time’s October 11 episode will see David and Arthur teaming up for a heroic quest (count us in), while Emma continues her plans to extract Excalibur from its stony prison.

Catch our full gallery from “Siege Perilous” following ABC’s full synopsis for the episode below.

And FYI, the episode will see Sinqua Walls reprising his role as Lancelot, in addition to guest appearances from Joana Metrass as Guinevere and Liam Garrigan as King Arthur.

“Siege Perilous” – In Camelot, the heroes feverishly work to free Merlin. Determined to help Emma, David embarks on a quest to retrieve a magical relic that Regina could use to communicate with the imprisoned sorcerer, but, when David leaves, Arthur insists on joining him because the dangers ahead are greater than he can imagine. Meanwhile, Mary Margaret discovers the fate of her old friend Lancelot. Back in Storybrooke, Arthur seeks David’s help to catch a thief who threatens the safety of the citizens of Camelot. Across town, Emma reaches out to a conflicted Hook as she sets about her plan to draw Excalibur from the stone, on “Once Upon a Time,” SUNDAY, OCTOBER 11 (8:00-9:00 p.m., ET) on the ABC Television Network.

“Siege Perilous” was written by Jane Espenson and directed by Ralph Hemecker.

ONCE UPON A TIME - "Siege Perilous" 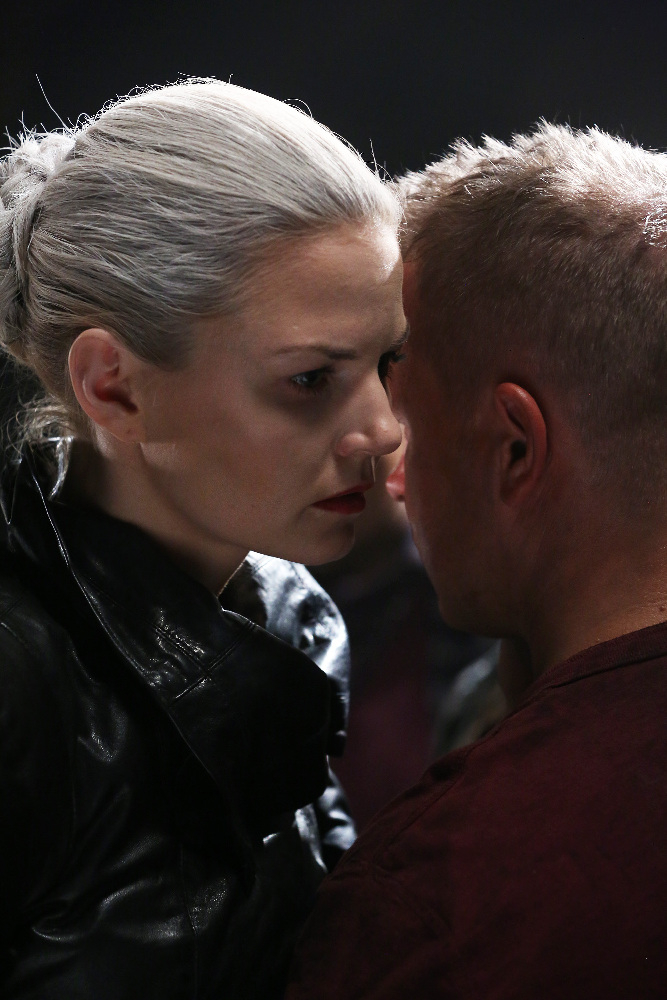