ONCE UPON A TIME Season 5 Premiere Sneak Peeks (3)

ABC has sent us three new sneak peek clips from Once Upon a Time’s amazing season 5 premiere which aired over the weekend at Comic Con in San Diego.

The show returns on Sept. 27 with “The Dark Swan,” and a season which promises to show just how bad Emma Swan can be as the latest incarnation of The Dark One.

“But they said you were a monster,” a hapless victim caught in the Dark One’s glittering grip exclaims.

“Only on the inside,” explains Emma, before ripping his heart from his chest.

But it looks like Emma won’t be the only one turning dark this season.

Colin O’Donoghue, who attended the event in San Diego this weekend, teased that things won’t be easy for Hook, who struggled last season with “staying on the right path.”

Speaking to EOnline, the Irish actor explained “He found love with Emma, so he’s desperately trying to hold onto that, be the better man and keep her heart safe. But he has been a villain and his girlfriend’s nasty now … in a good way. He really struggled with staying on the right path, so it’ll be interesting to see where he goes now.”

Meanwhile, Amy Manson’s Merida makes her debut with a daring bull’s-eye, and Mary Margaret determines to do all in her power to return her daughter to the light.

Our sneak peek clips, along with both recently released images of the Dark Swan follow below. 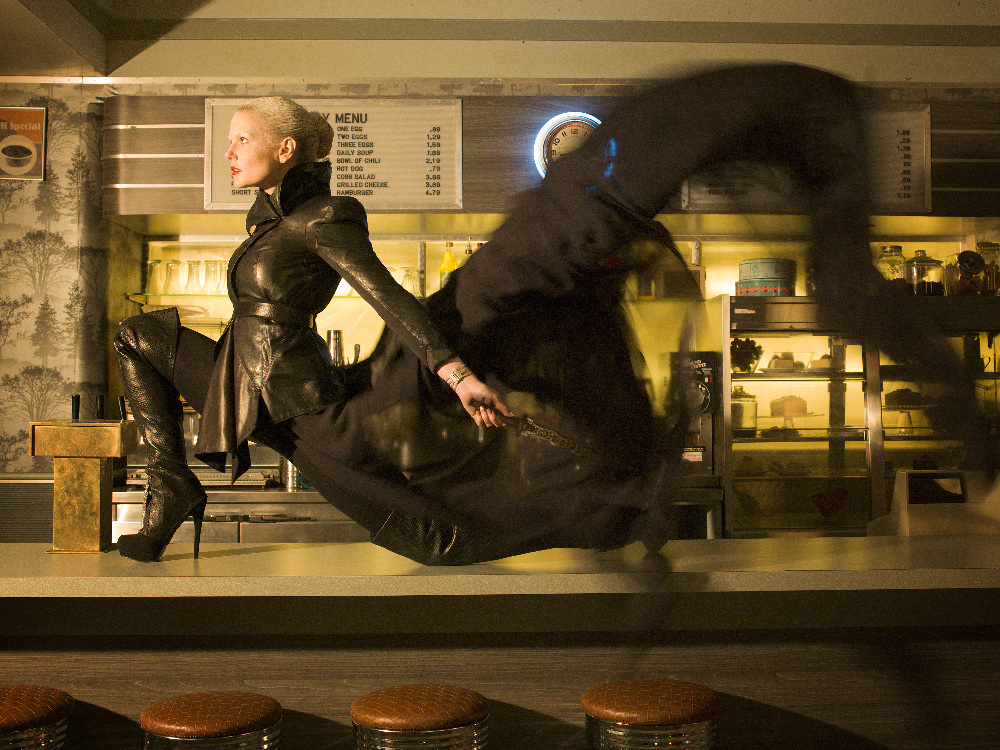 ONCE UPON A TIME - ABC's "Once Upon a Time" stars Jennifer Morrison as Emma Swan. (ABC/Tyler Shields)