The Walking Dead is finally set on a collision course of epic proportions in Sunday’s big Season 7 finale.

While the most recent episode saw little forward momentum (apart from the sacking of the Oceanside community by Rick and co.), two valuable nuggets of information were dropped in Sunday’s “Something They Need.”

First, it appears Dwight has defected to Rick’s side, and wants in on the whole getting rid of Negan plan, and secondly, someone has been cluing Negan in to Rick’s plans.

Will Negan’s prior knowledge make much difference to what’s about to go down? Perhaps not. With enough ammo to arm the Junkyard community, and Hilltop and the Kingdom and Alexandria, forward momentum may carry events through despite any last minute intervention from the so called Saviors at this point … unless Negan has been very forewarned.

AMC’s typically terse log lines for the finale tease “The stakes continue to grow higher as paths cross; the group enacts an intricate plan.” However recent promos from the Network reveal some of the stages of that plan in more detail including the arming of allies, the felling of trees on the road to Alexandria and the movement of those willing to fight in Rick’s cause.

Those with quick eyes may have noticed some additional promo trailer details. Although Daryl wants to put a knife through Dwight —  the thorn in his side from the beginning of season 6 — he doesn’t. Intriguingly, we later see Dwight standing behind Negan outside the gates to Alexandria. What gives? Was the defection a clever ruse, or is Dwight now acting as Rick’s double agent?

Our latest photo gallery also reveals a rather somber looking Eugene, dressed in black and accompanied by a covered rectangular box. Could that box be, as some are speculating, Sasha’s coffin? (Or perhaps Negan simply has a mega Gatling gun stowed away in there?) Eugene also has a bullhorn with which, presumably, to address Rick, although we can’t imagine Negan giving the floor to anyone else for long.

The Walking Dead’s extended season 7 finale “The First Day of the Rest of Your Life” airs Sunday, March 30 at 9/8c on AMC. 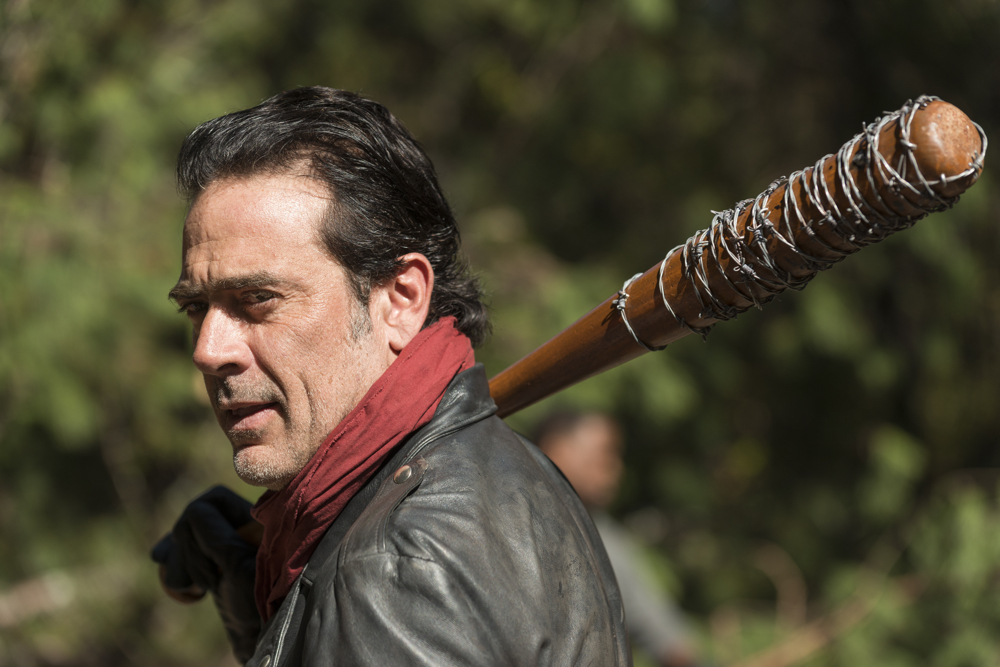