FP GETS RELEASED FROM PRISON

Episode 2×08 “Chapter Twenty-One: House of the Devil” — When Jughead (Cole Sprouse) learns that FP (Skeet Ulrich) is getting released from prison, he and Betty (Lili Reinhart) organize a welcome home party with the Serpents to ease him back into his former life.

Meanwhile, Archie (KJ Apa) and Veronica (Camila Mendes) reach a crossroad in their relationship, but are forced to push their issues aside after Jughead and Betty ask them to take over the Black Hood investigation. 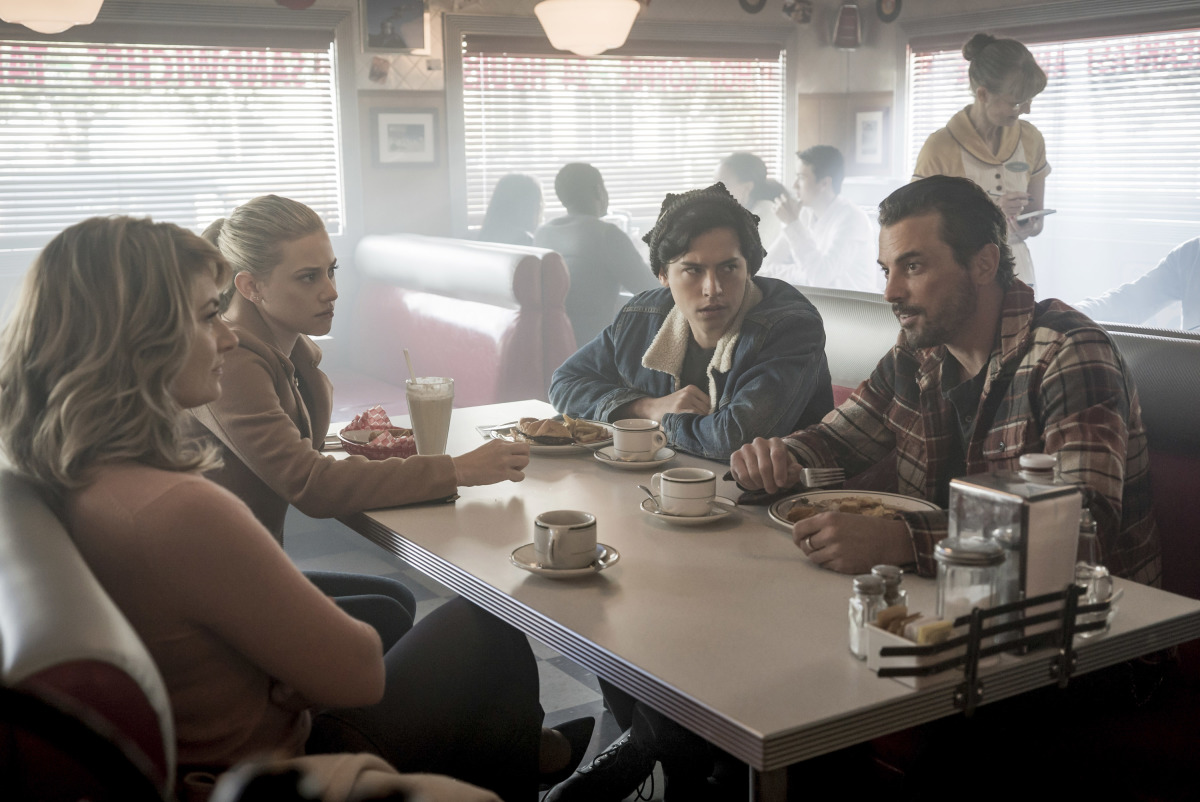 RIVERDALE 1.11 “To Riverdale and Back Again” Photos

RIVERDALE Photos: Jughead Takes Matters into His Own Hands in “Chapter 18: When a Stranger Calls”

RIVERDALE 1.12 “Anatomy of a Murder” Photos