by Jennifer Griffin
SHADES OF BLUE “GHOST HUNT”   WOZNIAK AND HARLEE TRACK DOWN A DANGEROUS RIVAL IN A RISKY PLOY TO MAKE A TRADE WITH THE FEDS After Wozniak (Ray Liotta) refuses to play ball with the FBI, Stahl (Warren Kole) turns up the heat on Harlee (Jennifer Lopez) who lands in the middle of Wozniak’s dangerous... Read More

After Wozniak (Ray Liotta) refuses to play ball with the FBI, Stahl (Warren Kole) turns up the heat on Harlee (Jennifer Lopez) who lands in the middle of Wozniak’s dangerous plan to free himself from the Feds by reeling in a bigger fish.

About Shades of Blue

Harlee navigates her fractured relationship with Wozniak as she struggles to conceal her deepest secret: She killed her daughter’s father. Following his discovery that Harlee collaborated with the FBI, Wozniak is confronted with a gut-wrenching dilemma of his own.

The crew is under tight scrutiny from Stahl (Warren Kole) and the FBI as well as from Internal Affairs, in the form of a gregarious detective, Verco (guest star Dov Davidoff), who investigates the disappearance of one of their own. Meanwhile, a former member of their crew, Julia Ayres (guest star Anna Gunn) runs for mayor and her complex relationship with Harlee and Wozniak comes to the fore.

Neither Harlee nor Wozniak anticipates that Ayres’ corrupt connections will trap them in a dangerous war with the Mafia. 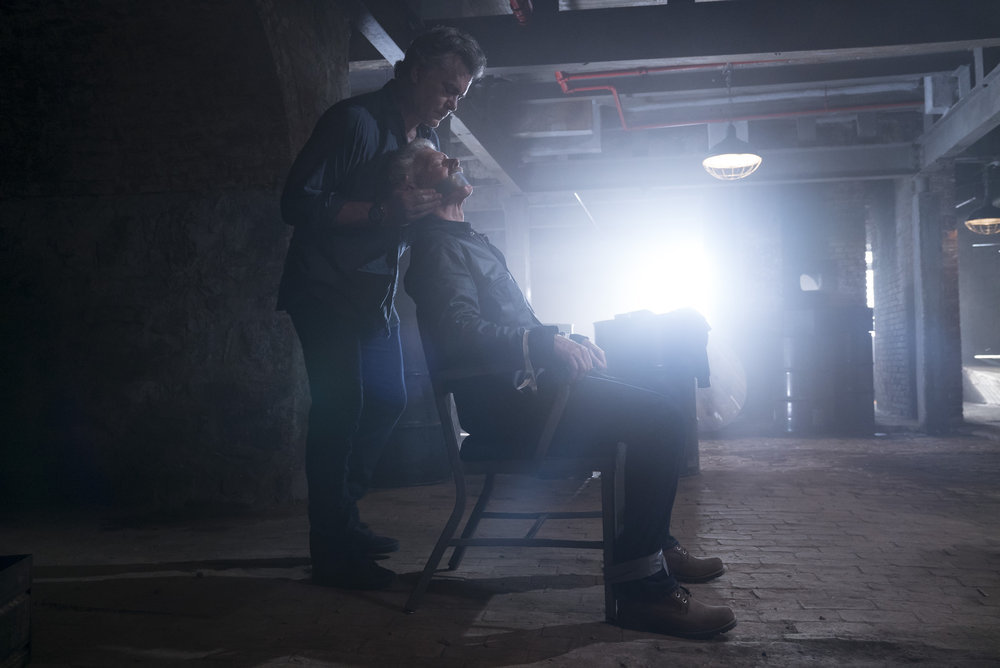