Get ready to see a whole new side of Kirsten, Stitchers fans.

The mind-bending (ahem stitching) series returns to Freeform on Mar. 22 with an episode teasingly titled “2.0.”

In the season one finale Cameron placed himself in a ‘clinically dead’ state so that Kirsten could stitch  into his mind in an attempt to glean vital intel on Barbiero.

The Network teases that the season premiere will see Kirsten successfully reviving Cameron (phew!), only to find that stitching into a live consciousness is now causing her to experience real emotions for the first time.

And we’ve got a first look at those emotions in all their raw glory in our gallery below. Someone hand that poor woman a Kleenex.

Stitchers stars Emma Ishta as Kirsten Clark, Kyle Harris as Cameron Goodkin, Ritesh Rajan as Linus Ahluwalia, Salli Richardson-Whitfield as Maggie Baptiste, and Allison Scagliotti as Camille Engelson and follows the exploits of a covert team who utilize Kirsten’s unique mind to read the last thoughts of the recently deceased in order to solve and prevent crimes. 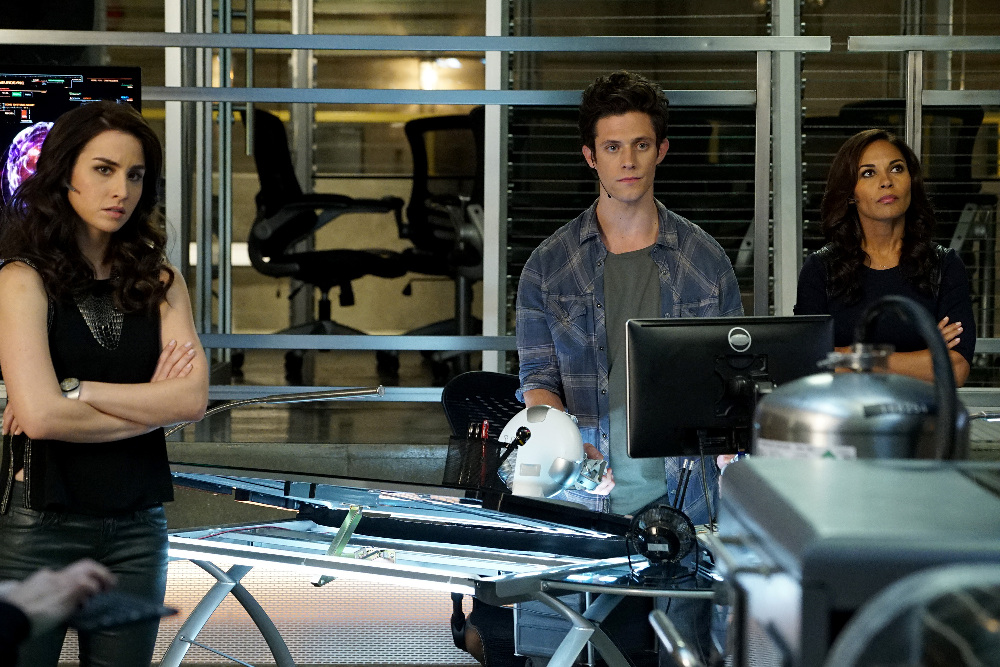