SUITS: Harvey & Jessica Attempt to Put the Firm “Back on the Map”

by Jennifer Griffin
It looks like Mike’s 2 year stint in a ‘soft’ prison is turning out to be anything but. Episode 2 of the new season of USA Network’s Suits’ saw Mike almost shivved by fellow inmate Frank Gallo in retaliation for Harvey’s meddling. Murderous Frank is willing to do just about anything to get back at the man... Read More

It looks like Mike’s 2 year stint in a ‘soft’ prison is turning out to be anything but.

Murderous Frank is willing to do just about anything to get back at the man who put him behind bars, and seriously injuring Mike — or worse — is something we’ve seen firsthand is definitely within the scope of his imagination.

Episode 6×03 “Back on the Map,” a reference to Pearson Spectre Litt’s changing fortunes, will see Jessica and Harvey, fresh from their tussle with the firm’s senior partners and the issues of settlement funds, attempting to land a whale — one who could definitely put the firm back in the map.

Will the many favors Jessica and Harvey called in to save both the tarnished reputations of Mike and the firm recently prove to be a help or a hindrance to their business efforts moving forwards? Can Jessica call Jack Soloff a friend, finally? And what return will Federal prosecutor Sean Cahill demand from Harvey for his efforts in relocating Gallo?

Meanwhile, as Louis searches for a new office tennant, as per Jessica’s suggestion, Rachel finds herself up against a fellow student.

And last but not least, in Danbury, Mike still struggles to stay safe without violating any of the prison’s many unwritten rules.

Just watch The Shawshank Redemption, Mike. Everything you need to know is in there.

“Back on the Map” airs Wednesday July 27 on USA Network, but if you really can’t wait that long, we’ve got a collection of photos from the episode to share in our gallery below. 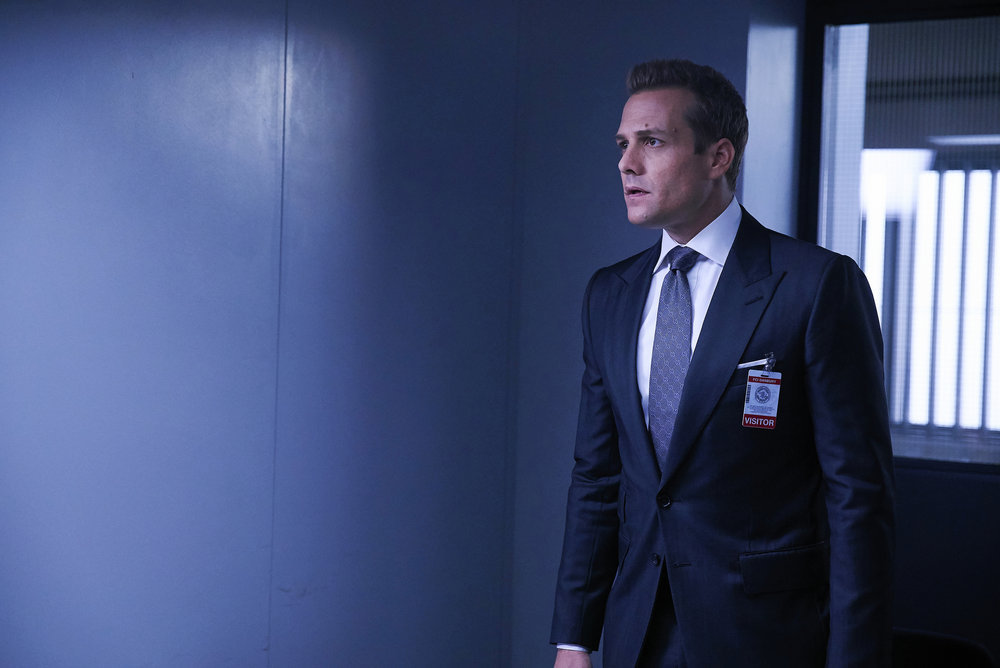 SUITS to End After Season 9, as USA Preps PEARSON Spin-Off