SUITS Scoop: The Team Pulls Together in “Pulling the Goalie”

With just three episodes remaining, there’s still a lot left to unpack on this season of USA Network’s Suits.

With a major cast reshuffle and a spin-off series on the cards, many fans are wondering just how Meghan Markle and Patrick J. Adams’ Mike and Rachel will choose to bow out of the series.

Too boot, in the wake of Harvey’s recent personal emotional rollercoaster ride, some are questioning if it is series creator Aaron Korsh’s intention that Donna and Harvey should get together, or if it is their lot to forever remain slightly-too-close work associates.

For others the season’s end raises questions as to what manner of threat will take fans into next week’s finale, and also into what will surely be a very new look eighth season.

The show begins to lay the groundwork for April 25th’s two hour finale with tonight’s “Pulling the Goalie,” [mild teasers ahead: Read more about our Spoiler Policy here] an episode that sees Mike and Harvey teaming up “for fun” on a case that initially pulls at Mike’s heart strings, and prompts him to reach out to a rather glum Harvey in an effort to cheer him up by doing some good.

However as hidden case details emerge, it’s not long before Mike and Harvey find themselves at odds over their differing perspectives on the case. And as words are traded, Harvey is hurt by Mike’s assertion that he has never had to make a sacrifice in his long career.

Meanwhile, Donna faces a new and particularly nasty challenge when she is forced to privately tackle a problem (that she accidentally created) which could see Specter-Litt lose its tenancy.

Unwilling to go to Harvey following his recent break-up with Paula, Donna sets out to handle the situation alone, but soon finds herself swimming with sharks.

It’s going to take every shred of Donna Paulsen’s business acumen to see this one through.

Meanwhile, Louis gets to know Sheila’s fiance Xander better — and not in a good way. Following his humiliation last week in Sheila’s place of work, Louis is further offended when Xander comes to his office with a threat.

What exactly does Xander know about Louis and Sheila that he’s not saying?

What follows is an escalating power-trip between two very similar men that ends in an explosive conclusion for Louis that fans will not want to miss.

And last, but by no means least, as confessions and straight talk take center stage, we’ll see that #Darvey’s greatest fans may just be Mike … and Donna herself.

All this and Katrina too? 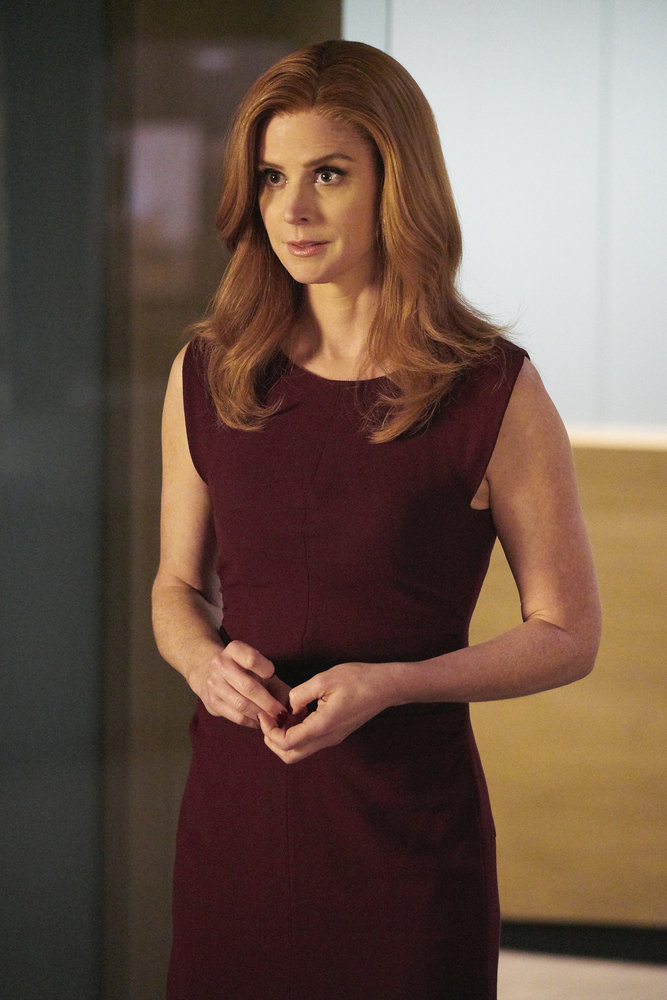 THE FLASH "Lose Yourself" Review