Woah! Supergirl is setting out to explore her dark side in these brand new episode stills from the show’s upcoming March 14th installment.

CBS teases that Kara will turn on her friends and colleagues — and the citizens of National City — after being exposed to Red Kryptonite, which says the Network, will make her both “malicious and dangerous.”

While we’re loving Supergirl’s dark new one-piece costume of evil, we’re already horrified to think how she might treat close friends James and Winn — especially poor puppy Winn — while under the influence of Red Kryptonite.

However we’re not so horrified to see Evil Kara outclassing Cat’s new number one Siobhan Smyth (Chasing Life’s Italia Ricci) in one particular photo from our gallery below. 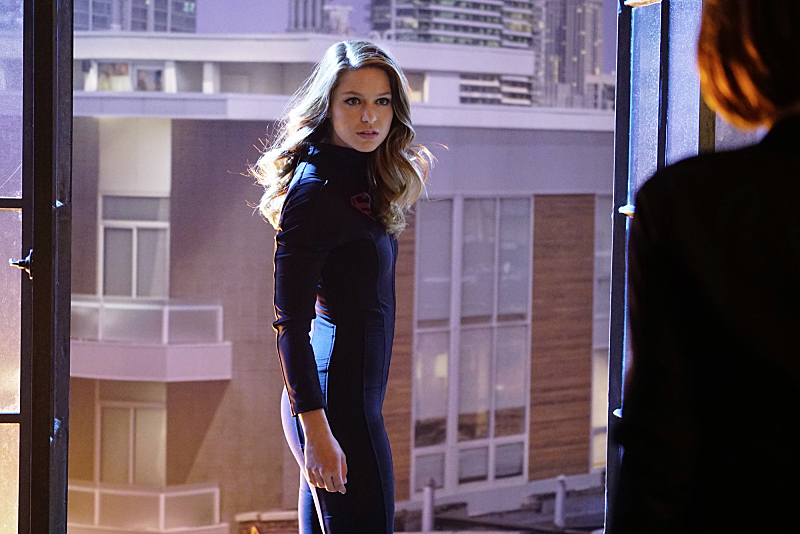