Home THE MAGICIANS Season 1 Episode 4 IMAGES: “The World in the Walls”

THE MAGICIANS Season 1 Episode 4 IMAGES: “The World in the Walls”

Quentin is in for a deeply unsettling surprise in The Magicians February 8 installment.

Syfy teases that in “The World in the Walls” Quentin wakes to find himself in a mental institution. Setting panic aside, he is forced to seek the help of the one person he trusts least.

Meanwhile, Julia is hurt after her fallout with Quentin and commits to learning more powerful spells with the Hedge Witches.

He and his 20-something friends soon discover that the magical fantasy world they read about as children is all too real – and poses grave danger to humanity.

THE MAGICIANS -- "The World in the Walls" 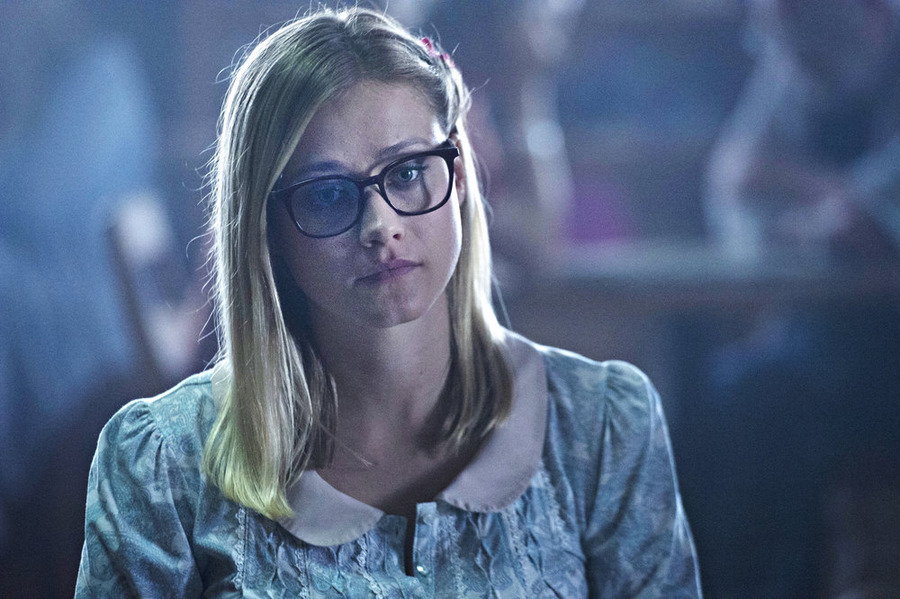 THE MAGICIANS -- "The World in the Walls" Episode 104 -- Pictured: Olivia Taylor Dudley as Alice -- (Photo by: Carole Segal/Syfy)

THE X-FILES: Were-monsters and Jackalopes and Lizards, oh my!