Ed and the crew race to save a small group of survivors on a planet about to be destroyed by its sun.

Meanwhile, Bortus and Klyden start marriage counseling when Bortus’ obsession with the ship’s simulation room gets out of hand. 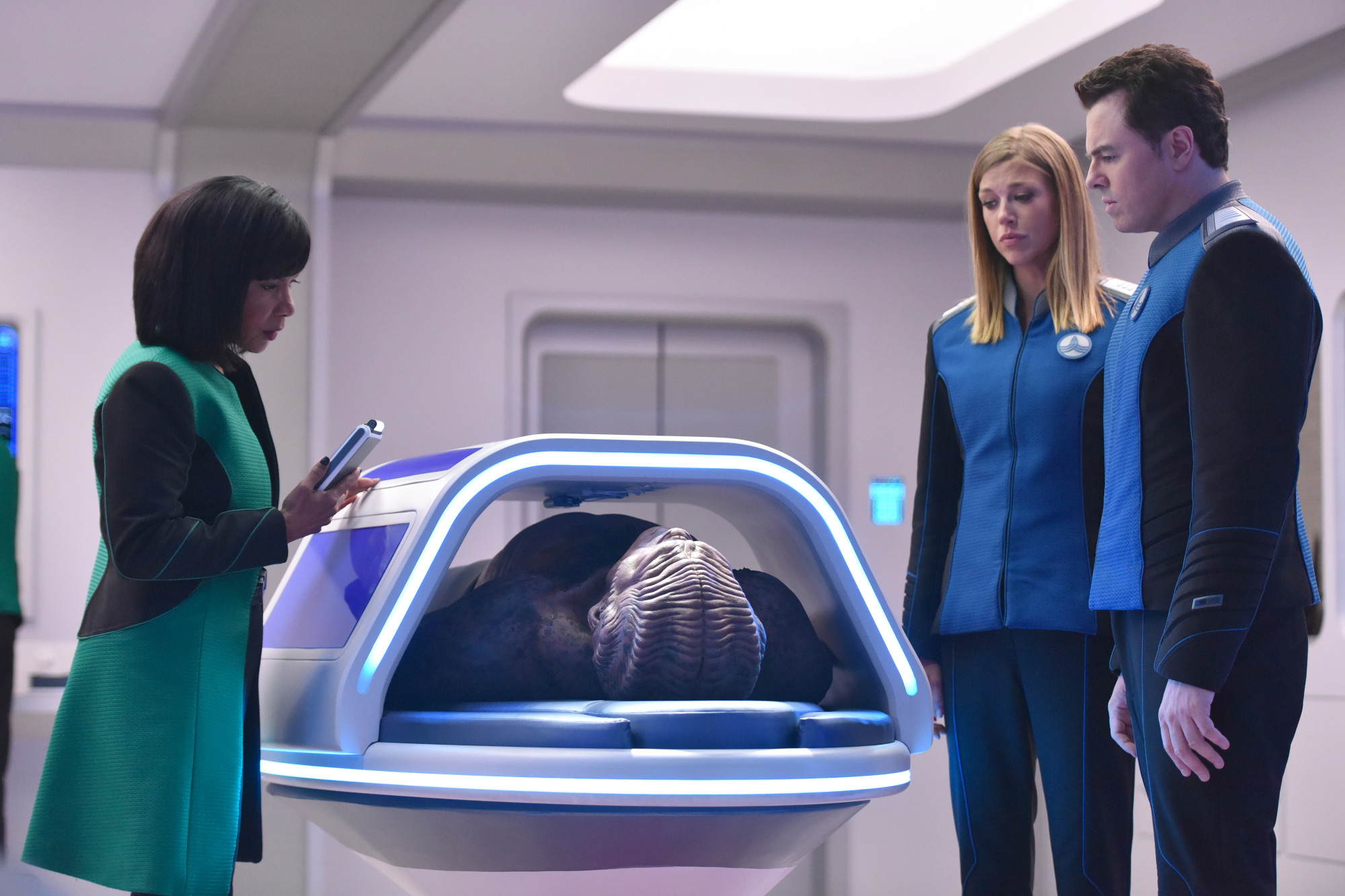 THE RESIDENT Season 2 Episode 10 "After the Fall" Photos