by The Screen Spy Team
Vampire Diaries fans, we’ve got a double crop of images to share from October 15th’s “Never Let Me Go” and October 22nd’s “Age of Innocence.” Catch our full gallery (comprising both episodes) below the official CW synopses for both installments. “Never Let Me Go” When an impulsive decision by Damon (Ian Somerhalder) threatens to unravel... Read More

Vampire Diaries fans, we’ve got a double crop of images to share from October 15th’s “Never Let Me Go” and October 22nd’s “Age of Innocence.”

Catch our full gallery (comprising both episodes) below the official CW synopses for both installments.

When an impulsive decision by Damon (Ian Somerhalder) threatens to unravel a carefully negotiated deal between Stefan (Paul Wesley) and Lily (guest star Annie Wersching), he has no choice but to make amends with his mother before things spiral further out of control.

However, Lily remains one step ahead and carries out a harsh plan that hits Damon where it hurts most.

Elsewhere, after returning to Whitmore Collage, Alaric (Matt Davis) turns to Bonnie (Kat Graham) for help with a mysterious and potentially dangerous artifact he has obtained, while Matt (Zach Roerig) is forced into making a risky life or death decision.

Meanwhile, Caroline (Candice King), who finds herself a pawn in Lily and the heretics’ plan for retribution, uncovers a shocking detail about Stefan’s past.

In the aftermath of a clever plan orchestrated by Lily (Annie Wersching), Damon (Ian Somerhalder) sets off on a road trip with Bonnie (Kat Graham) and Alaric (Matt Davis) in search of leverage they can use against his mother.

Meanwhile, Caroline (Candice King), who is being held hostage by the Heretics, learns some shocking information about Valerie’s past, while Stefan (Paul Wesley) learns a few unexpected details about his own past from Lily.

Finally, Alaric turns to Bonnie for her help after coming clean about a secret he’s been keeping. 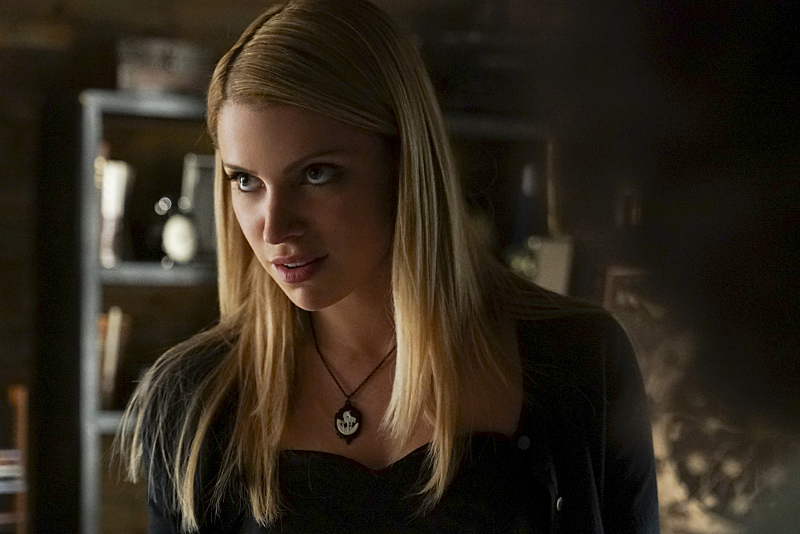 THE VAMPIRE DIARIES Gallery: Season 7 Episode 1 “Day One of Twenty-Two Thousand, Give or Take”