Sunday’s “Bury Me Here” episode of The Walking Dead may have illustrated just how difficult the mere idea of armed revolt will prove for some (Kingdom, we’re looking at you!), but the residents of Hilltop have no such qualms when it comes to the notion of mounting armed resistance against Negan (Jeffrey Dean Morgan) and his followers, as these first look photos from March 19th’s “The Other Side” clearly show.

The bumper crop of images (more than are usually released by AMC) show Maggie (Lauren Cohen) training raw recruits with knives and what appear to be throwing stars!

As the show has been taking it in turns to drop in on our favorite characters over the past few weeks, it’s been quite some time since we last saw Maggie. In the meantime, we’ve witnessed Rosita (Christian Serratos), irked by delays and a lack of forward momentum with Rick’s (Andrew Lincoln) plans, taking her frustrations to Sasha (Sonequa Martin-Green), where she found a kindred spirit. Together, they formed a plan to execute Negan — from a safe distance, and without Maggie or Rick’s knowledge.

But while Maggie continues to go along with Rick’s long plan, and Sasha and Rosita take their personal fight to Negan this week, the Saviors decide to stop off at Hilltop as their search for Daryl (Norman Reedus) escalates. With pressure mounting, it looks like events may finally get the push they need.

If only Richard was alive to see it.

Catch our full gallery from Sunday’s episode below.

“The Other Side” episode of The Walking Dead airs Sunday, March 19 on AMC.

THE WALKING DEAD "The Other Side" 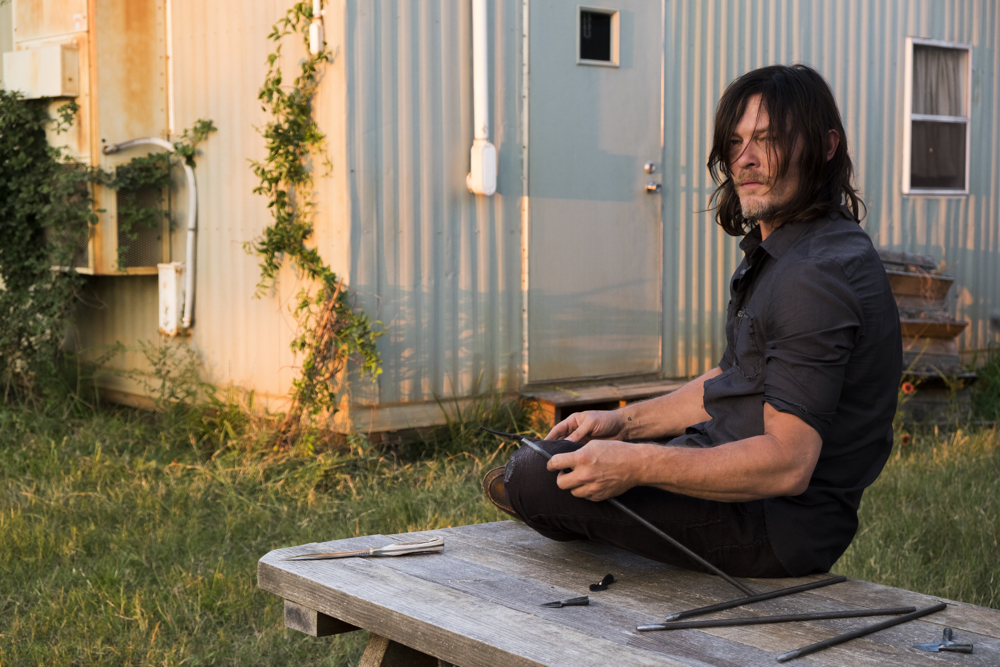 GRIMM: Nick Ventures to The Other Side in "Where the Wild Things Were"