Thirteen years after the original series run, The X-Files is making a return to FOX.

The upcoming event series will encompass a mixture of stand-alone episodes and those that further the original show’s seminal mythology, according to FOX.

In the opening episode, Mulder and Scully take on a case of a possible alien abductee. The all-new episodes will feature appearances by guest stars, including Joel McHale (Community), Robbie Amell (The Flash), Lauren Ambrose (Dig, Six Feet Under), Annabeth Gish (The Bridge), Annet Mahendru (The Americans), Rhys Darby (Flight of the Conchords), Kumail Nanjiani (Silicon Valley) and William B. Davis, who reprises his role as “Cigarette Smoking Man.”

The X-Files originally premiered in September 1993. Over the course of its nine-season run, the influential series went from breakout sci-fi favorite to massive global hit, and became one of the most successful television dramas of all time. The show, which earned 16 Emmy Awards, five Golden Globes and a Peabody Award, follows FBI special agents Scully (Anderson) and Mulder (Duchovny), as they investigate unexplained cases – “X-Files” – for which the only answers involve paranormal phenomena.

We’ve got a collection of new images to share from the show’s two-night premiere event. 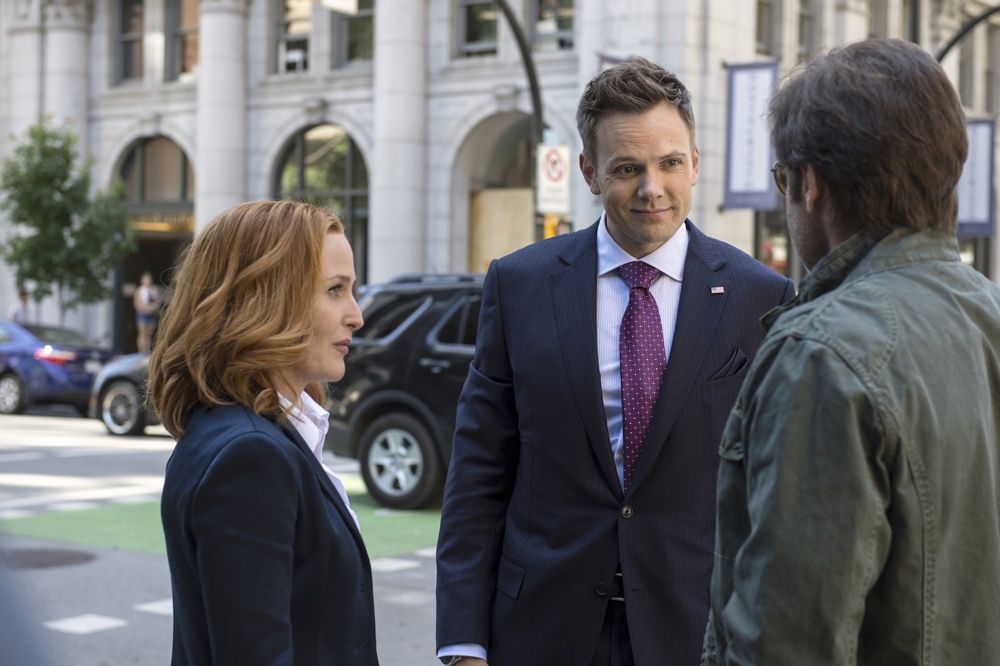 THE FLASH Review: Zoom Leaves a Lasting Impression on Barry