Episode 1×15 “Public Enemy No. 1” — Lucy (Abigail Spencer), Wyatt (Matt Lanter), and Rufus (Malcolm Barrett) decide to take matters into their own hands, but are caught off guard when Flynn (Goran Višnjic) lands in 1931 Chicago to call in a favor from notorious gangster Al Capone (guest star Cameron Gharaee).

Hot on Flynn’s trail, our heroes try to enlist the help of famed lawman, Eliot Ness (guest star Misha Collins), in pursuit of Al Capone after Flynn aids him in avoiding justice.

A clue leads the team to a crucial revelation about Rittenhouse. 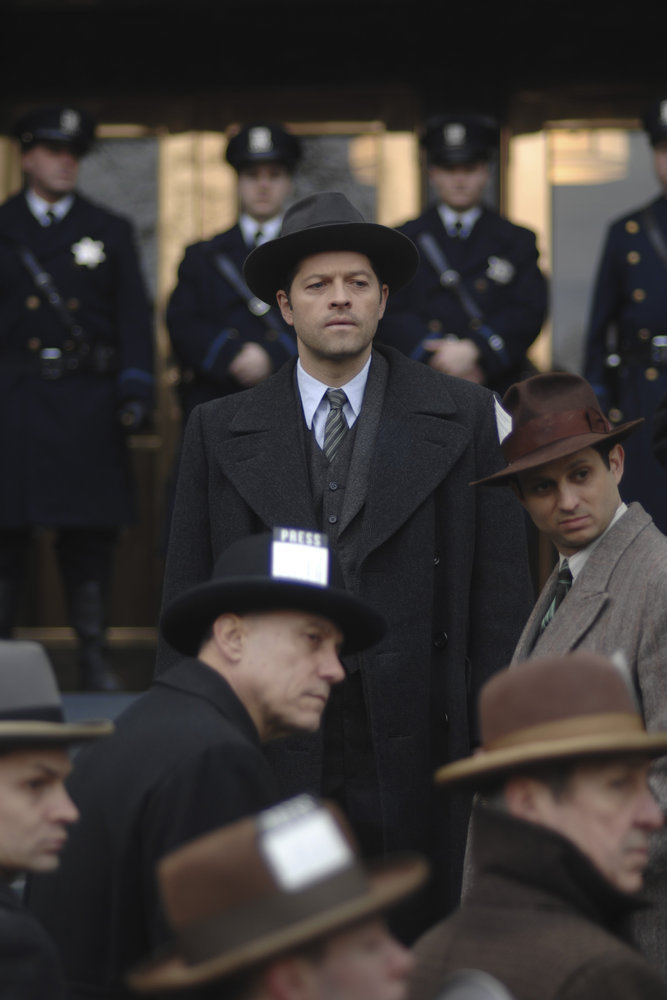