Did the last episode of Timeless leave you feeling you understood Flynn a little better? Was Lucy right to defend Rittenhouse’s son from Flynn’s assassination attempt? And what changes to the timeline have Wyatt, Lucy and Rufus’ meddling produced this time?

Fans of NBC’s Timeless have had a lot to think about over the holiday hiatus, but thankfully the show returns shortly with answers, and another trip back into the past for our reluctant heroes.

This time, our trio will find themselves in 1893, and Chicago’s World Fair, in pursuit of Flynn, who we have learned will kidnap Lucy (what’s with these two?) as he pursues Rittenhouse in a desperate attempt to rewrite history and save his wife and child.

While there, the gang will encounter the legendary Harry Houdini (guest star Michael Drayer), who we hear may just be the key to saving Lucy’s life.

Meanwhile, teases NBC, Rufus and Wyatt will fall into a sinister trap.

First look photos from the return episode “The World’s Columbian Exposition” follow below.

From Eric Kripke (Supernatural), Shawn Ryan (The Shield) and the producers of The Blacklist Timeless traces the events follows the theft of a secret state-of-the-art time machine by a mysterious criminal who is intent on destroying America as we know it by changing the past.

Our only hope is an unexpected team: Rufus (Malcolm Barrett), a scientist; Wyatt (Matt Lanter), a soldier; and Lucy (Abigail Spencer), a history professor, all of who must use the machine’s prototype to travel back in time to critical events.

While they must make every effort not to affect the past themselves, they must also stay one step ahead of Flynn (Goran Višnjić), a dangerous fugitive. But can this handpicked team uncover the mystery behind it all and end his destruction before it’s too late? 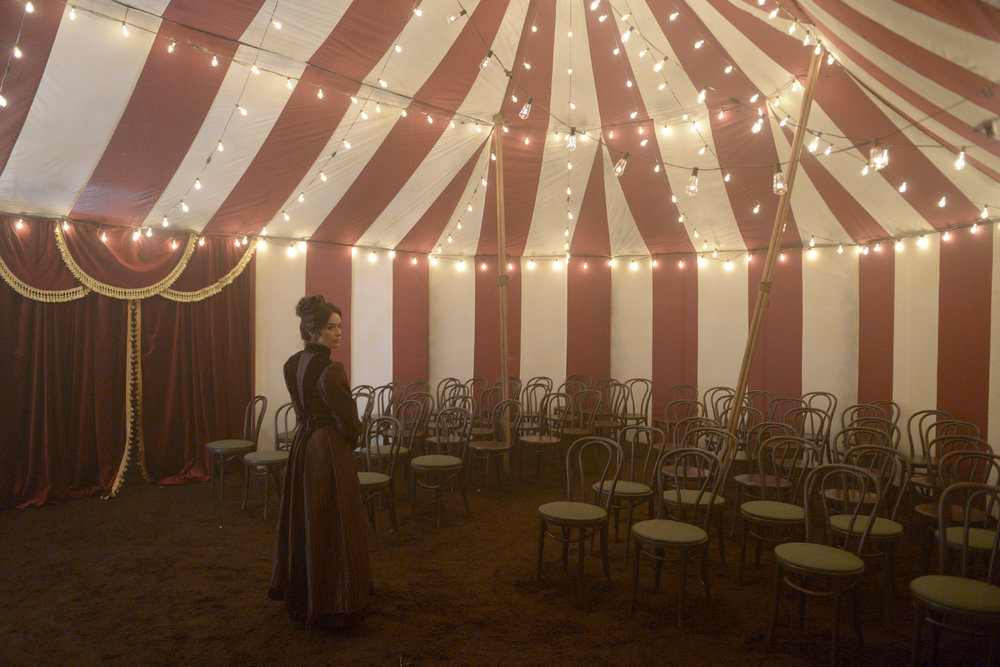