Home TIMELESS 2.01 “The War to End All Wars” Photos

“THE WAR TO END ALL WARS”

NBC’s Timeless is officially back on the Primetime schedule, with a season 2 premiere date set for March 11, 2018.

Season 2’s first episode off the block is “The War to End All Wars,” and as the title suggests, will find our trio of time travellers hitting up World War I.

The episode will also formally introduce a new recurring character — Nicholas Keynes (Michael Rady), a World War I soldier who finds himself badly injured in battle, only to be rescued by by villains Emma and Lucy’s mom Carol, who want him very much alive.

Though he seems helpless at first, Keynes is described as much more formidable than he appears.

Set your calendars, clocks and time machines for Sunday, March 11 at 10/9c on NBC.

After barely escaping an explosion at Mason Industries, Wyatt (Matt Lanter) and Rufus (Malcolm Barrett) chase the Mothership back to a French battlefront during World War I to rescue Lucy (Abigail Spencer) from Rittenhouse. They discover Lucy has recruited Marie Curie (guest star Kim Bubbs), the famous French scientist and the only person ever to win two Nobel Prizes, to help save the life of a wounded American soldier.

However, they learn the soldier is Lucy’s own great grandfather, who Rittenhouse is bringing to the present to be their leader.

TIMELESS -- "The War to End All Wars" 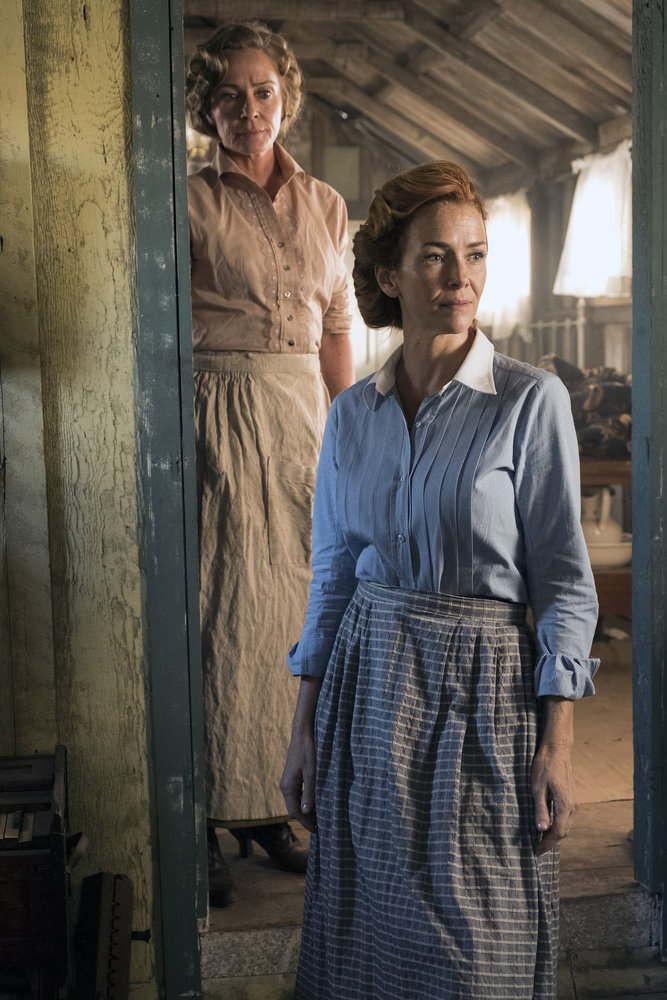