by Jennifer Griffin
Washington has never been more in need of the Culper spy ring in TURN’s June 13 instalment. However the episode, titled “Mended,” will kick off with a forlorn Ben attempting to resign his position as head of intelligence following the recent implosion of the ring. Ben’s not the only one feeling the weight of failure, as... Read More

Washington has never been more in need of the Culper spy ring in TURN’s June 13 instalment.

However the episode, titled “Mended,” will kick off with a forlorn Ben attempting to resign his position as head of intelligence following the recent implosion of the ring.

Ben’s not the only one feeling the weight of failure, as in New York, Andre tries and fails once again to persuade a sceptical General Clinton of the great potential in turning Benedict Arnold.

Meanwhile, Robert Townsend, feeling the weight of Abe and Caleb’s betrayal, seeks to sell his share of his business and retreat to Oyster Bay with his father.

However when Townsend catches wind of a dangerous plot that will decisively crush Washington’s forces, he takes immediate action to alert the only people he can trust.

His actions put a series of events in motion that not only places Anna back in Major Hewlett’s sphere (how we’ve missed you, Edmond!), but in possession of a staggering piece of intelligence.

And back in Setauket, Simcoe continues on his war path, determined to ferret out those who have aided and abetted Robert Rogers. But when his search proves fruitless, the Queen’s Ranger turns his anger on the townsfolk, prompting Abe to stay and put an end to his tyranny.

It’s all happening in “Mended” Monday June 13 on AMC. 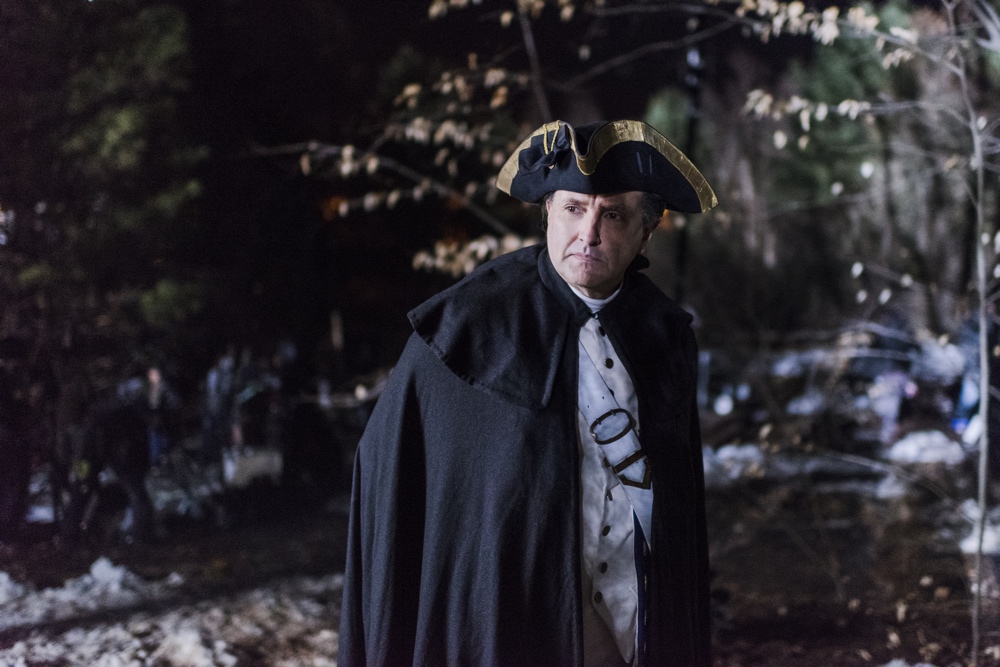 TURN “Belly of the Beast” Review