Home THIS IS US: First Look Photos From NBC’s “Unique and Off-Beat” Ensemble Drama

THIS IS US: First Look Photos From NBC’s “Unique and Off-Beat” Ensemble Drama

While most of the broadcast networks are preparing to engulf us in a torrent of lawyers, doctors and (new for 2016) time-travellers, NBC is preparing something special for Tuesday primetime.

This is Us, starring Mandy Moore, Sterling K. Brown and Milo Ventimiglia, is a unique and off-beat ensemble drama that follows the lives of a group of people whose only apparent connection is their shared birth date.

Big on character, strong dramatic performances and moments of well timed comedy, This is Us is unlike many other pilots we’ve reviewed in advance of the season, and for that alone, it’s well worth checking out.

It’s also up against Bull on CBS in its 10 pm time slot. Bull is the network’s latest attempt to swing a super-sleuth at a tired audience, and it pretty much follows in the familiar vein of Intelligence, Scorpion and Limitless — but without the laughs or the heart of the latter.

Will This is Us’ gentler and less flashy storytelling prove a turn-off for audiences seeking more in-your-face fare? We kinda hope not because its not often that something this truly original pops up on the fall grid.

RELATED | Fall TV First Impressions: NBC’s This is Us

Catch NBC’s official loglines for the show, and first look photos from the premiere episode below.

Sometimes life will surprise you. Starring Mandy Moore (“A Walk to Remember”), Milo Ventimiglia (“Heroes,” “Gilmore Girls”) and Sterling K. Brown (“The People v. O.J. Simpson: American Crime Story”), this refreshingly honest and provocative series follows a unique ensemble. As their paths cross and their life stories intertwine in curious ways, we find that several of them share the same birthday and so much more than anyone would expect. From the writer and directors of “Crazy, Stupid, Love” comes a smart, modern dramedy that will challenge your everyday presumptions about the people you think you know.

This is Us premieres Tuesday September 20 at 10 pm on NBC. 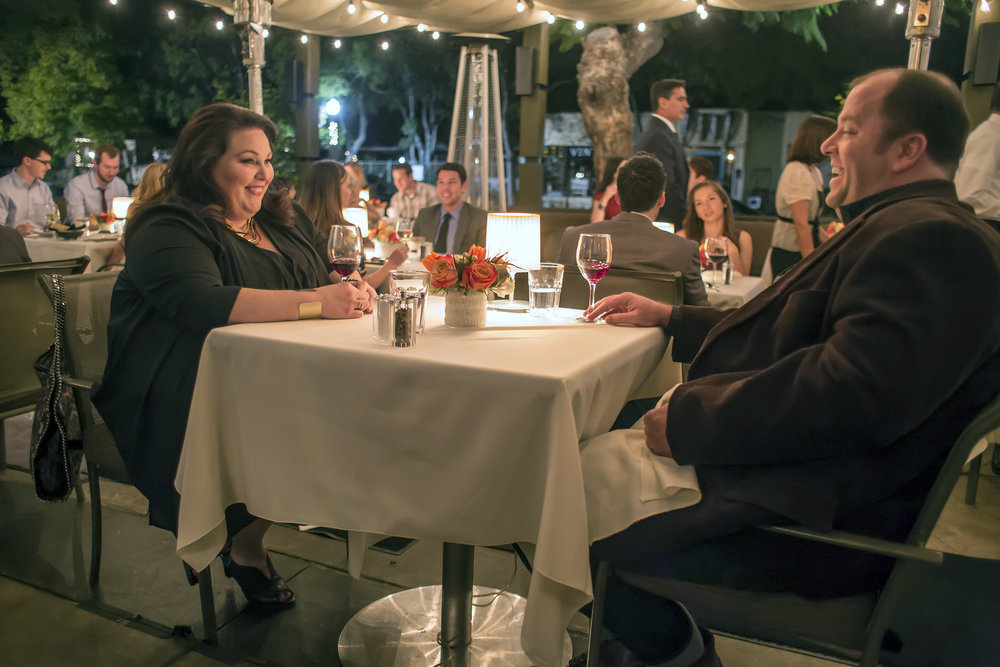