by The Screen Spy Team
Reluctant sheriff Ethan Burke may be dead, but the eerie post apocalyptic town of Wayward Pines is still very much alive. Season 2 of FOX’s summer scifi thriller kicks off tonight with “Enemy Lines” and a brand new protagonist in the form of Jason Patric. The 10-episode season picks up after the shocking events of the Season... Read More

Reluctant sheriff Ethan Burke may be dead, but the eerie post apocalyptic town of Wayward Pines is still very much alive.

Season 2 of FOX’s summer scifi thriller kicks off tonight with “Enemy Lines” and a brand new protagonist in the form of Jason Patric.

The 10-episode season picks up after the shocking events of the Season One finale, with the residents of Wayward Pines battling against the iron-fisted rule of the First Generation.

Dr. Theo Yedlin (Jason Patric) – a new resident of Wayward Pines – awakens from suspended animation and finds himself in the middle of this rebellion, as he tries to understand what Wayward Pines really is and help preserve the endangered human race.

CJ Mitchum (Djimon Hounsou), an original resident of Wayward Pines and a historian for the town with extensive knowledge of its complex origins, is the one person who can provide a unique bridge between the current world of Wayward Pines and the previous world that humans inhabited.

Megan Fisher (Hope Davis), is in charge of the scientific research being conducted on the Abbies, and remains deeply involved in the development of the hearts and minds of the future of humanity—Wayward Pines’ “First Generation.”

In addition to newcomers Patric and Hounsou, the series also features Tom Stevens (Cedar Cove), returning from Season One as Jason Higgins, a member of the First Generation and town founder David Pilcher’s young acolyte; Nimrat Kaur (Homeland) as Rebecca, who has her own secrets she keeps from Theo, her husband; Josh Helman (Mad Max: Fury Road, X-Men: Days of Future Past) as Xander Beck, a resident working to undermine Wayward Pines from within; and Kacey Rohl (Hannibal) as Kerry Campbell, one of Jason’s lieutenants in the civil war going on in Wayward Pines.

Catch photos from the premiere in our gallery below. 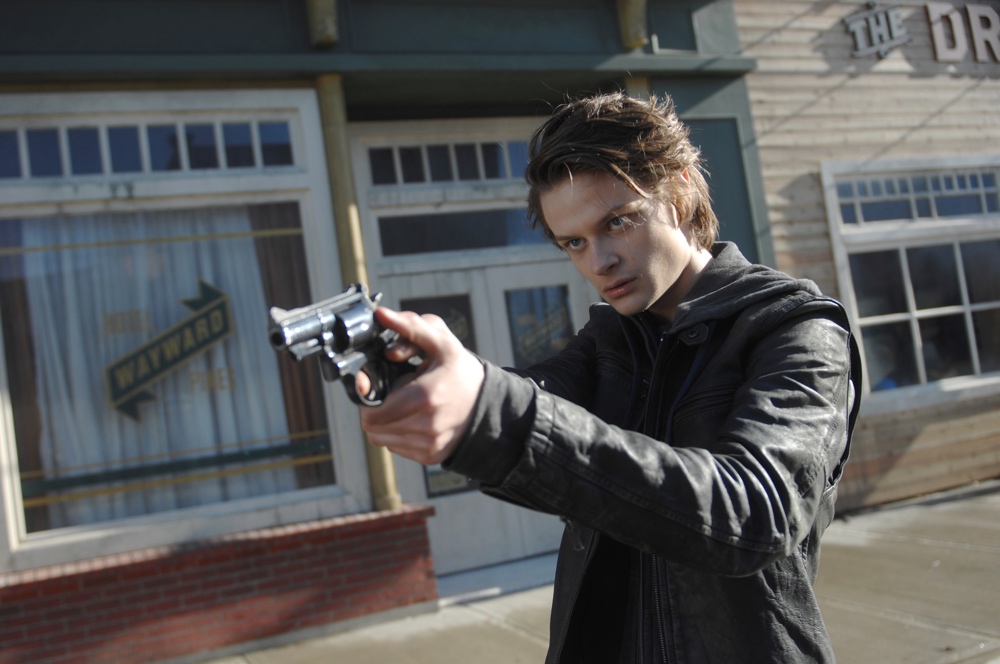