WESTWORLD Series Premiere: Make Way For The Man in Black

Westworld debuts Sunday, Oct 2, but there’s only a nub of an idea linking this ambitious new scifi series to the original 1973 Michael Crichton cult movie of the same name.

That’s not necessarily a bad thing in this case, as the new series sets out, not to reboot the original adventure, but to expand on its core ideas.

With loglines that boast “set at the intersection of the near future and the reimagined past, Westworld is a dark odyssey about the dawn of artificial consciousness and the evolution of sin, exploring a world in which every human appetite, no matter how noble or depraved, can be indulged,” it’s intriguing to think where the show might take viewers over its first season given its broad thematic palette.

Co-creator Jonathan Nolan explains, “Building on the incredibly evocative concept of the original film, we wanted to pose the question: If you could be completely immersed in a fantasy, one in which you could do whatever you wanted, would you discover things about yourself that you didn’t want to know?”

Co-creator Lisa Joy adds, “We also wanted to explore what it means to be human from the outside in – through the eyes of the ‘hosts’: the lifelike AI characters that are the main attractions of the park. It’s a meditation on consciousness – the blessing and the burden of it – beautifully portrayed by our remarkable cast.”

In the first episode, “The Originals” airing this Sunday, a rancher’s daughter and a gunslinger, two staples of the traditional western, are about to have their ” predictable narrative” upended in a rather atypical manner by the Man in Black. HBO’s loglines for the episode reveal the following:

Meanwhile, in the Westworld town of Sweetwater, a rancher’s daughter named Dolores (Evan Rachel Wood) encounters a gunslinger named Teddy (James Marsden) in the street – but their predictable narrative is upended by the appearance of a ruthless Man in Black (Ed Harris) and, later, by a supporting host’s unscripted encounter with an artifact of the outside world. 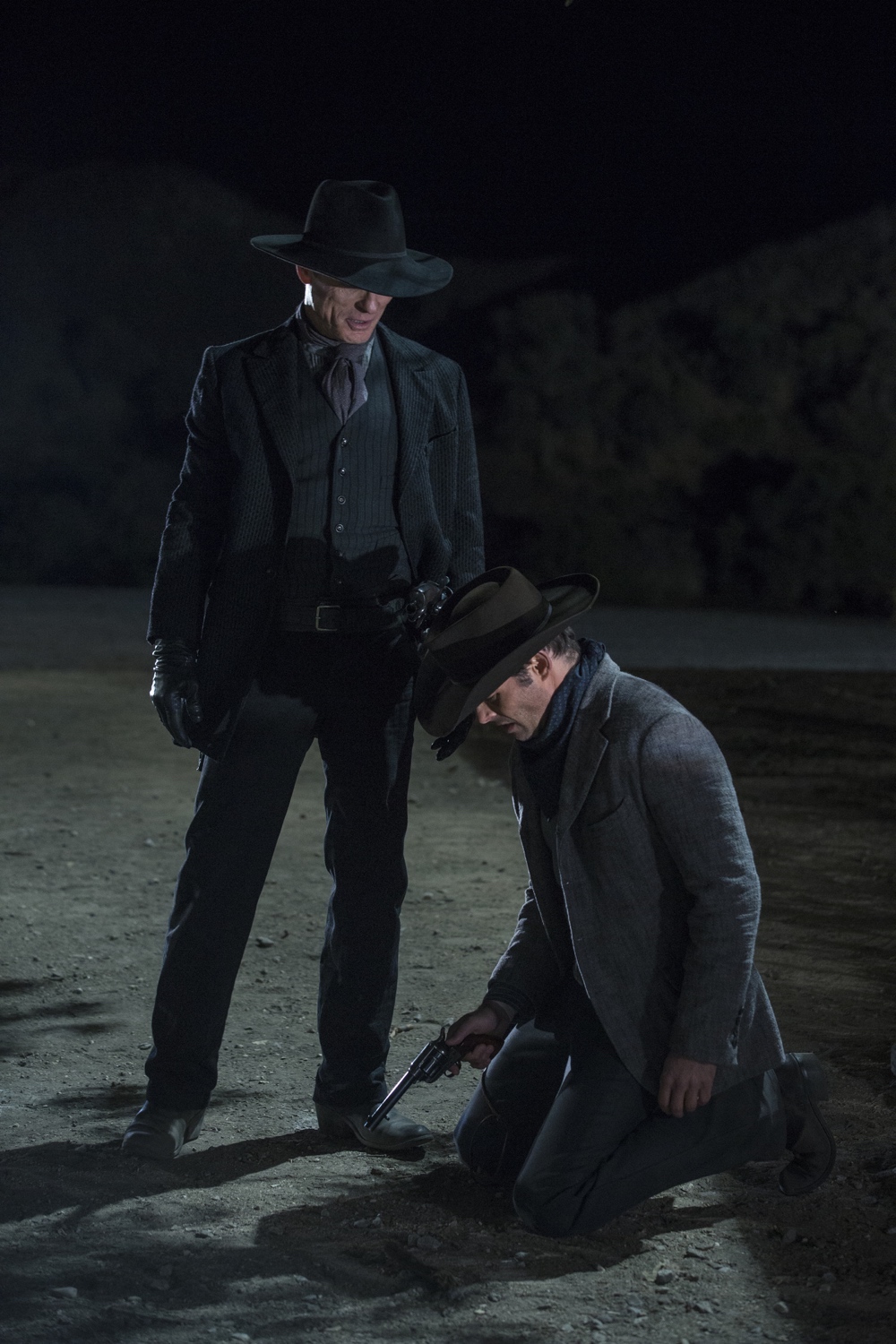