The show returns for a second season on NBC from Sept. 14, and will pick up the pieces following Jane being implicated as the FBI mole sent to infiltrate Kurt Weller’s team.

While Weller is still reeling from what he imagines as Jane’s double-cross, he is also aware of something that Jane isn’t. If the body in the shallow grave truly belongs to his childhood friend Taylor Shaw, then Jane can’t be her. The question remains. Who is Jane Doe?

Jane meanwhile finds herself in a vulnerable position. Not only is she incorrectly suspected of Mayfair’s murder, but Oscar’s death leaves the door wide open for Jane to take the fall for his activities.

While we don’t yet have a title for the premiere episode (we’ll keep an episode guide going again this year with titles, air dates and synopses, so look out for weekly updates on our Twitter) the premiere photos look interesting. (Note: We’ve got some behind the scenes pics in the gallery too.)

Is Jane undergoing some manner of deep hypnosis or regression therapy? Another pic seems to show Jane getting the drop on Kurt. If she flees now, instead of staying to explain herself, will the team ever trust her again? 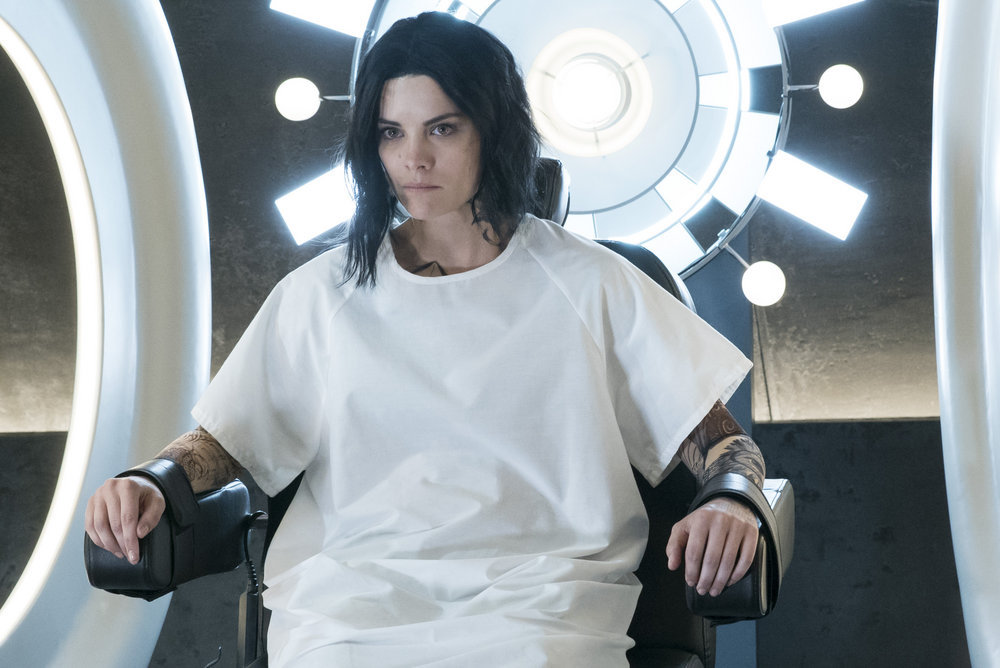