In the aftermath of the dam break, massive mudslides wreak havoc throughout Los Angeles.

As Athena fights to save herself and an agoraphobic woman after her house collapses, Bobby, Hen and Eddie rush to save hikers endangered by the falling of the Hollywood sign.

Meanwhile, Buck and Chimney must rescue a group of pregnant women trapped in a submerged house. 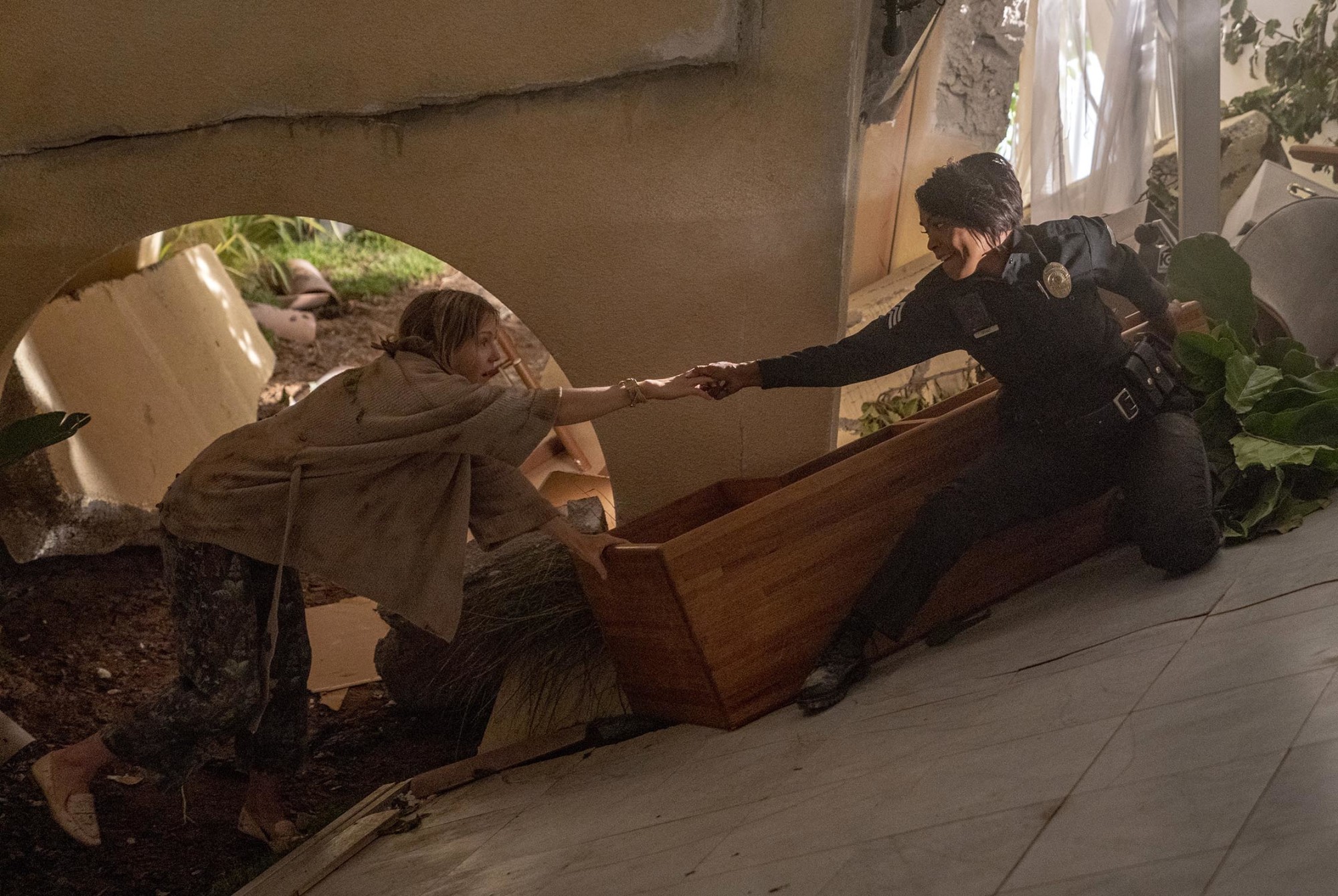