The team investigates the death of an Acapella singer in Bones’ May 19th installment, and we’ve got first look photos from the episode to share right here.

FOX teases that in “The Strike in the Chord” The team investigates the death of the leader of the Lynwood University male acapella singing group, “The Whippersnaps,” whose body was found in the school rat lab.

The victim recently kicked out Ian Jansen, one of the group’s best singers (guest star Jordan Fisher), sending Booth and Aubrey to question Ian and other current members of the male group (including guest stars Mitch Grassi and Scott Hoying) and some stars of the competing female acapella group (including guest star Kirstin Maldonado) to get a handle on the group dynamics and what could have led to the murder of one of their own.

BONES: "The Strike in the Chord" 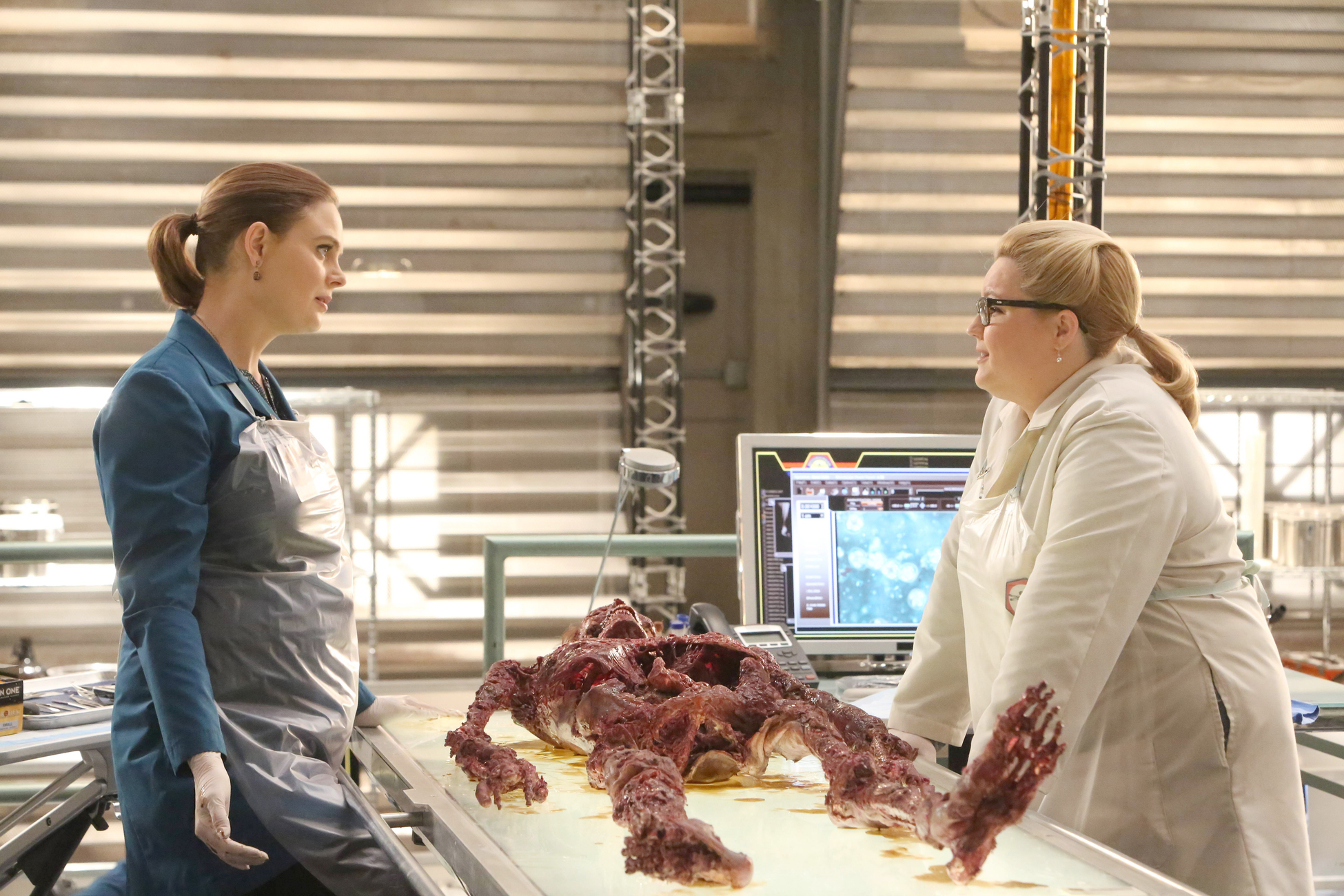 THE FLASH 2.21 "The Runaway Dinosaur" Photos