Home BONES Season 11 Episode 7 Images: “The Promise in the Palace”

BONES Season 11 Episode 7 Images: “The Promise in the Palace”

Hey Bones fans, it’s not all crossover news this week.

We’ve got a new collection of images from the show’s Nov. 12 installment to share in our gallery below.

In “The Promise in the Palace” the team investigates the murder of an escape artist whose body is found in the woods.

They soon discover that the victim worked at the “Magic Palace” and had some secret activities in the works that might have made him enemies in the magic community.

Meanwhile, Brennan and Booth poll their friends as to whether or not the tooth fairy should visit Christine, and Angela continues to work with Sebastian Kohl (guest star Gil Darnell) on her photography.

BONES: "The Promise in the Palace" 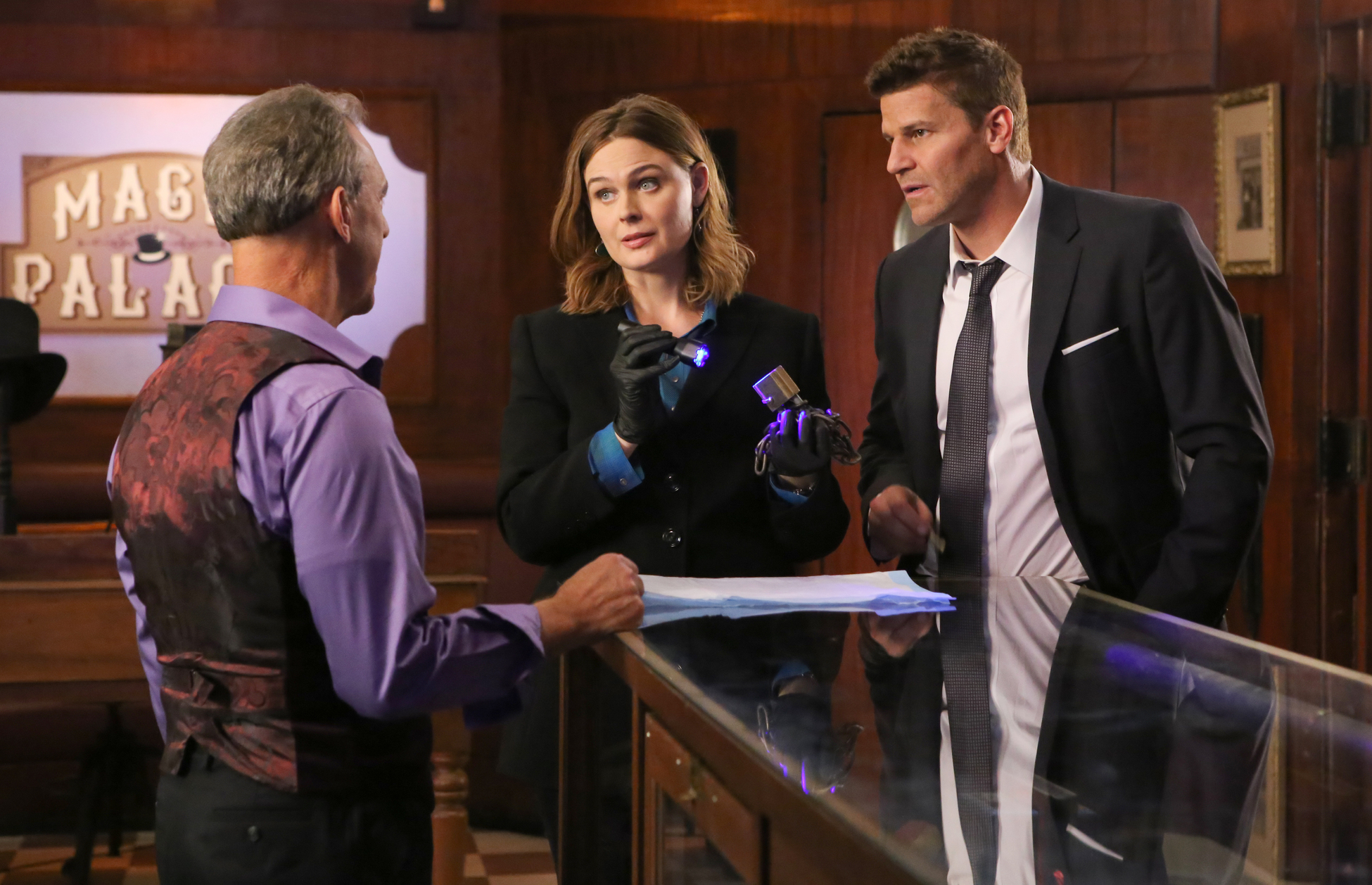 BLINDSPOT Review: "The Mask is the Message"