BONES Season 11 Episode 19 “The Head in the Abutment” Photos

“The Head in the Abutment” finds the team investigating the death of a popular professional hockey player whose headless corpse was dumped in the river.

As Booth and Aubrey question the player’s coach (guest star Jeremy Roenick as himself), Booth’s depth of hockey knowledge is integral to solving the case, and he’s reunited with a hockey rival from his past, putting him back on the ice once again to face off against him.

Meanwhile, Hodgins and Oliver (guest star Brian Klugman) have a competition of their own when Hodgins builds two drones and they compete to retrieve the victim’s missing head.

And Booth and Brennan attempt to declutter their home.

BONES: “The Head in the Abutment” 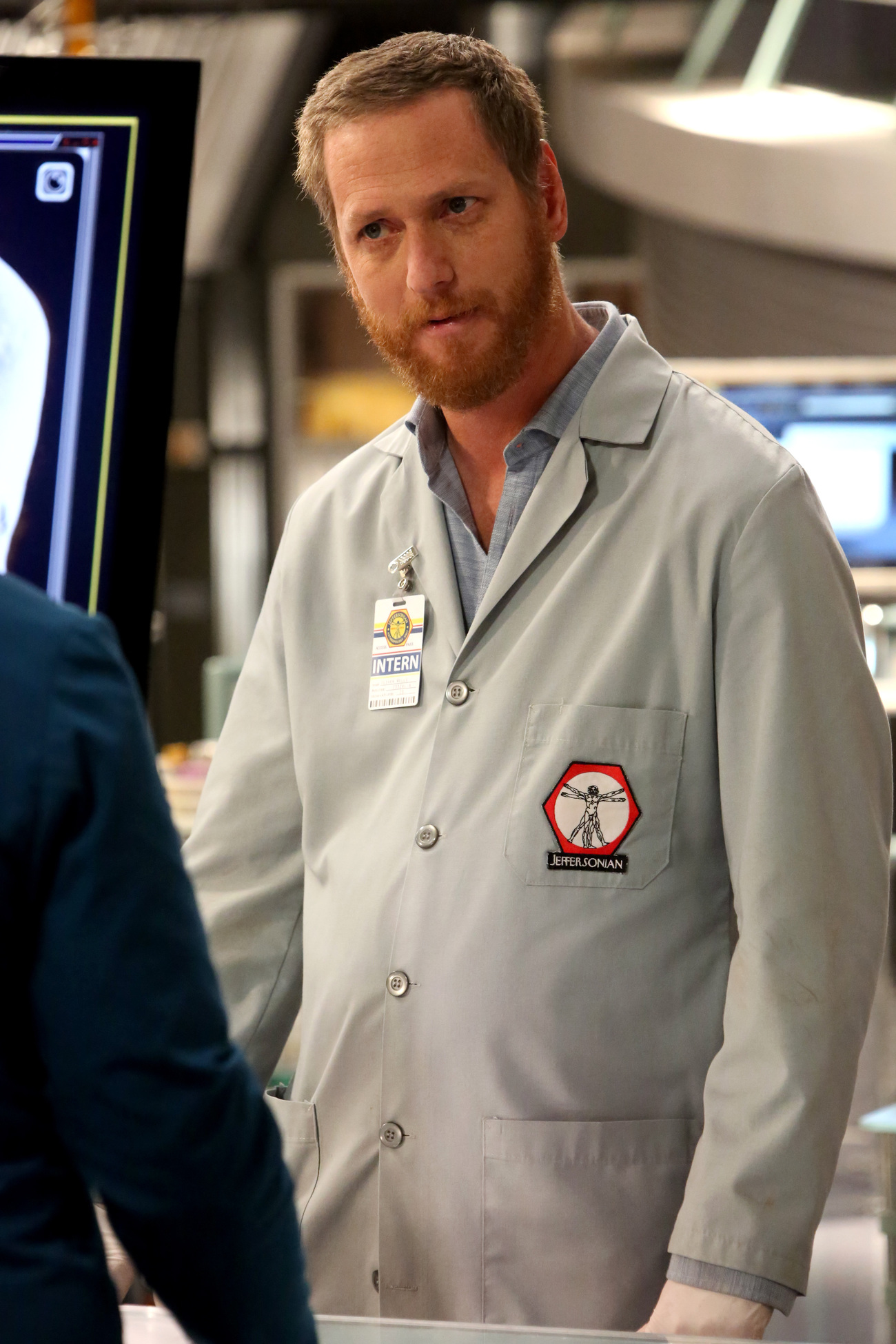