by Jennifer Griffin
Chicago PD is gearing up for a double episode on November 16. Find details and all the latest photos from “300,000 Likes” and “A Shot Heard Round the World” here. 300,000 LIKES THE ONLY EYEWITNESS IN A TIMELY CASE AGAINST A SUSPECTED SERIAL RAPIST IS FOUND MURDERED Voight (Jason Beghe) calls the team to investigate... Read More

Chicago PD is gearing up for a double episode on November 16.

Find details and all the latest photos from “300,000 Likes” and “A Shot Heard Round the World” here.

“A SHOT HEARD ROUND THE WORLD”

When a young officer is shot dead in the lobby of an apartment building, Intelligence looks to the latest known offenders who have threatened the police. But when a second officer is killed, the team finds that they are dealing with someone who is highly trained and knowledgeable. Voight (Jason Beghe) works to keep the case contained as they deal with Chicago’s ever-present war against the police. Meanwhile, Lindsay (Sophia Bush) confronts Antonio (Jon Seda) about his new job with the State’s Attorney. Also starring Jesse Lee Soffer, Patrick John Flueger, Elias Koteas, Marina Squerciati, LaRoyce Hawkins and Amy Morton. Guest starring S. Epatha Merkerson, Oliver Platt, Eamonn Walker, David Eigenberg, and Nick Gehlfuss.

CHICAGO P.D. -- "A Shot Heard Around The World" 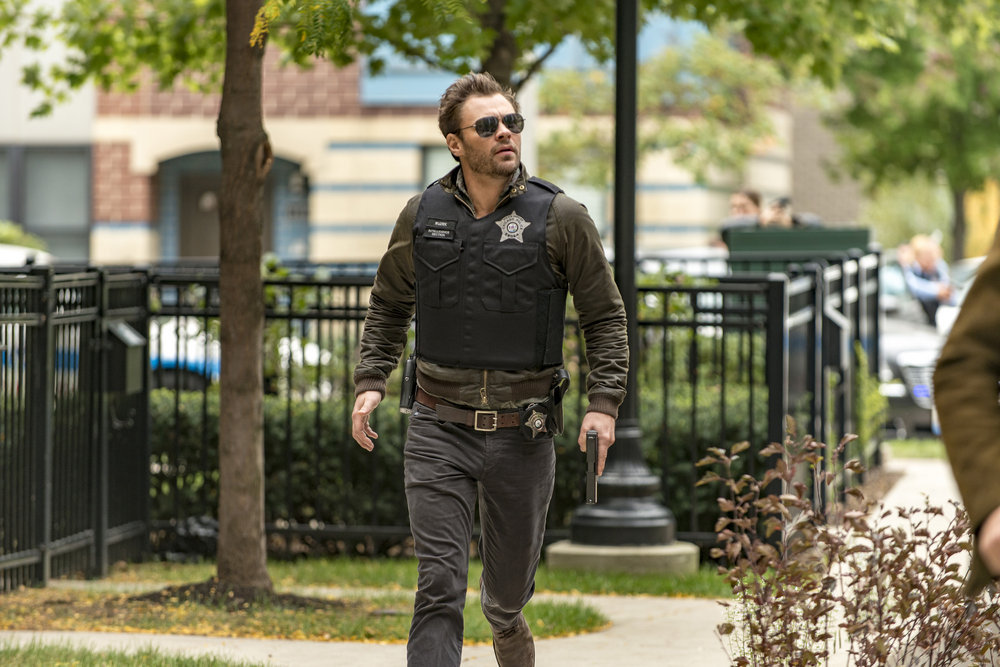