Gah! When is someone going to close the net on almost Vice President McLeish?

That’s the question we’ve been mulling ever since Designated Survivor took a mini Thanksgiving-themed hiatus recently.

Well, there’s good news on two fronts. First, the show returns this Wednesday, and second, the episode “The Blueprint” will see Wells (Maggie Q) racing furiously to gather evidence of MacLeish’s involvement in the conspiracy before he can be confirmed as the country’s next Vice President.

Of course, the political waters are muddied when when classified government documents are leaked online, forcing President Kirkman (Kiefer Sutherland) to search for the party responsible.

However he soon discovers that they have taken refuge inside a foreign embassy and are behind even his reach. In case you’re wondering we’re using the word “they” deliberately here because ABC has cleverly elected to keep the identity of the guilty party under wraps for now. We’ll share more just as soon as the Network makes a sneak peek clip or two available.

It’s all happening Wednesday December 7 on ABC, but if you can’t wait that long, we’ve got a collection of first look photos from “The Blueprint” to share in our gallery below. 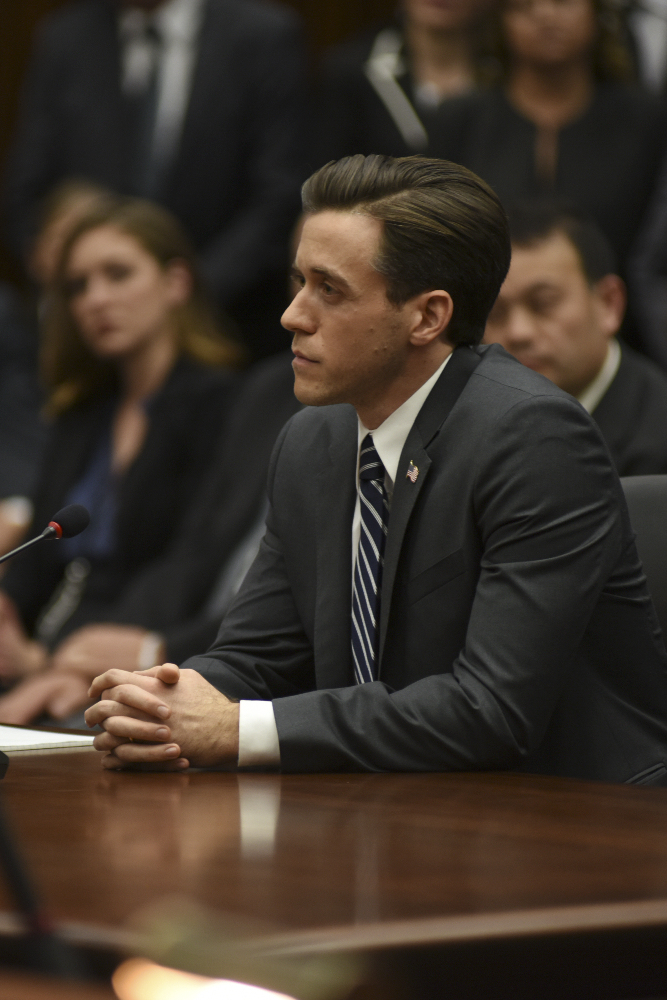 DESIGNATED SURVIVOR - "The Blueprint" - When classified government documents are leaked online, President Kirkman searches for the party responsible only to find that they have taken refuge inside a foreign embassy and are behind even his reach. Meanwhile, Agent Hannah Wells races furiously to gather evidence of MacLeish's involvement in the conspiracy before he can be confirmed as the country's next Vice President, on ABC's "Designated Survivor," WEDNESDAY, DECEMBER 7 (10:00-11:00 p.m. EST). (ABC/John Medland)ASHLEY ZUKERMAN