Holmes and Watson investigate a homicide in which the victim was murdered in a manner reminiscent of the crimes of an infamous, and already incarcerated, serial killer.

It’s all happening in Elementary’s January 14th installment “A Burden of Blood.”

Meanwhile, teases CBS, the episode will also see Sherlock and Joan tutoring Detective Bell for a police sergeant’s exam that would lead to a promotion and a post at another precinct.

We’ve got a collection of new images from the episode to share in our gallery below. Catch Sherlock’s curious experiment including a hapless dummy, some weights and a bemused looking Marcus Bell.

Hang in there, Marcus. It will all be worth it after the promotion …

ELEMENTARY: "A Burden of Blood" 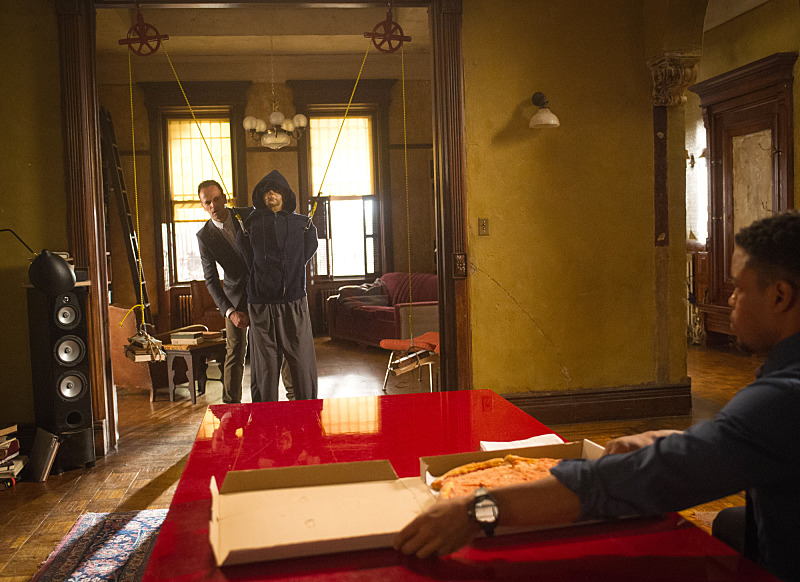