IMAGES: Bones Season 10 Episode 11 “The Psychic in the Soup”

by Jennifer Griffin
Bones fans, we’ve got a new collection of first look photos to share with you from the show’s upcoming Spring Premiere. In “The Psychic in the Soup” the Jeffersonains face the sad prospect of what would have been Sweets’ 30th birthday. However tensions rise for some when psychic Avalon Harmonia (recurring guest star Cyndi Lauper) arrives... Read More

Bones fans, we’ve got a new collection of first look photos to share with you from the show’s upcoming Spring Premiere.

In “The Psychic in the Soup” the Jeffersonains face the sad prospect of what would have been Sweets’ 30th birthday.

However tensions rise for some when psychic Avalon Harmonia (recurring guest star Cyndi Lauper) arrives on the scene to help out with the latest case – the murder of a young woman who claimed to have psychic powers of her own.

Why is Avalon more attuned to Sweets than the details of the case and are Booth and Hodgins to raw to hear what she has to say about their departed friend?

As the list of murder suspects piles up, and Avalaon’s clues pull them in different directions, the team must dig deep to find the real killer.

Meanwhile, Cam (Tamara Taylor) finds herself in an uncomfortable position when intern Rodolfo Feuentes (guest star Ignacio Serricchio) presents her with a moral dilemma and Christine has a new imaginary friend.

BONES: "The Psychic in the Soup" 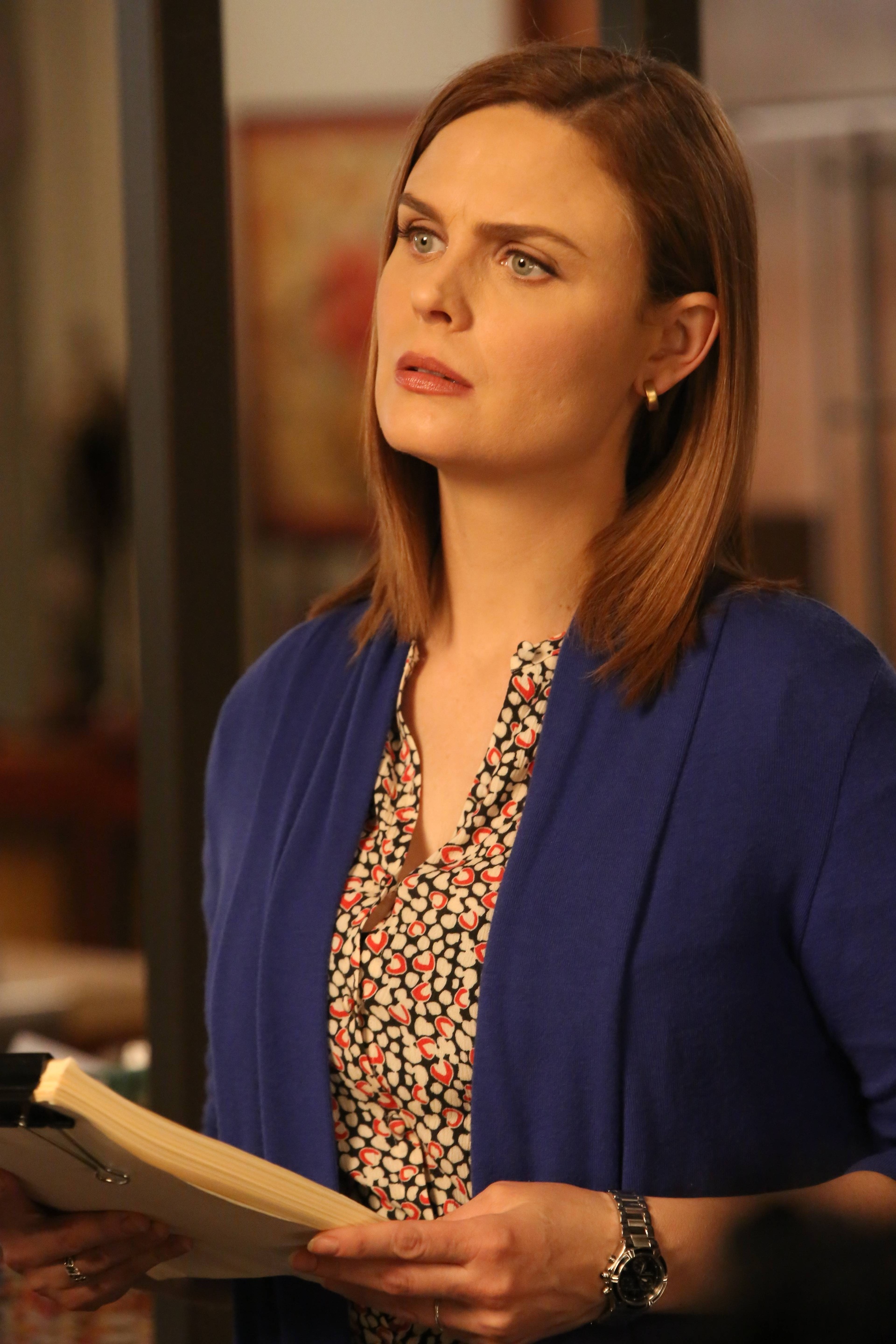 BONES: Brennan (Emily Deschanel) speaks to a psychic in conjunction with her investigation into the death of a local fortune teller in the "The Psychic in the Soup" Spring Premiere episode of BONES airing Thursday, March 26 (8:00-9:00 PM ET/PT) on FOX. Pictured ©2015 Fox Broadcasting Co. Cr: Patrick McElhenney/FOX