The episode titles for Jessica Jones’ upcoming second season have been revealed in a most surprising way by Netflix.

The streamer has unveiled 13 new Jessica Jones pulp covers complete with episode title, number and story credits. To boot, each cover has been illustrated by female artists, and teases story elements from a particular episode.

Just in time for International Women’s Day on March 8 — which is coincidentally (?) the day all 13 episodes debut on Netflix.

New York City private investigator Jessica Jones (Krysten Ritter) is beginning to put her life back together after murdering her tormenter, Kilgrave.

Now known throughout the city as a super-powered killer, a new case makes her reluctantly confront who she really is while digging deeper into her past to explore the reasons why.

Episode 2×09 “Shark in the Bathtub, Monster in the Bed”

Episode 2×01 “Start at the Beginning” 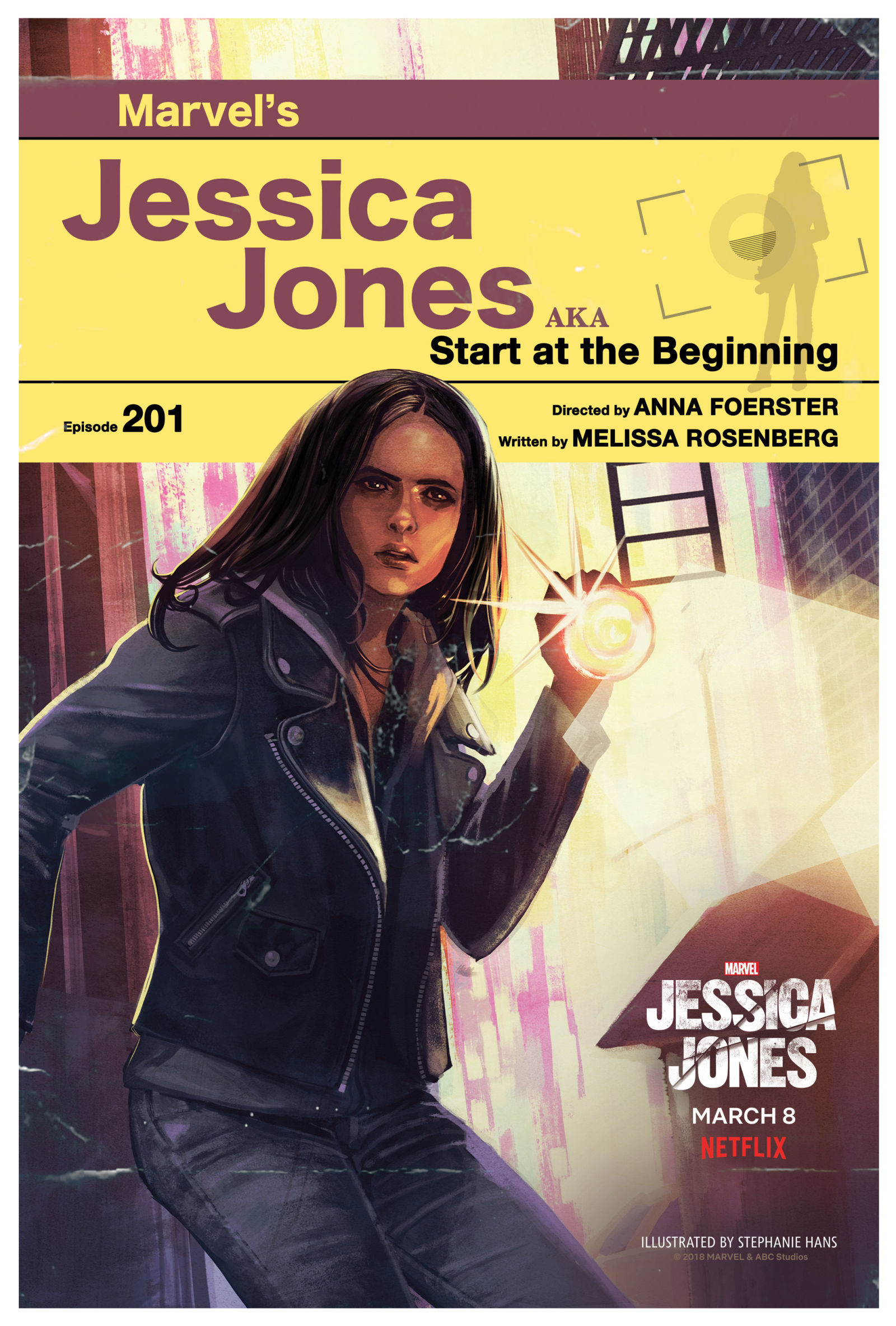 LUKE CAGE is Back this Summer: Watch the First Trailer