JULIA IS TAKEN HOSTAGE BY A CARTEL LEADER, AND HER ONLY WAY OUT IS TO PRODUCE AN INTERVIEW THAT SPREADS HIS PROPAGANDA, ON THE NOTORIOUS SEASON FINALE

Mora says he will release her and a fellow journalist if she produces an interview that would advance his propaganda.

“Taken” was written by Allie Hagan and directed by James Whitmore. 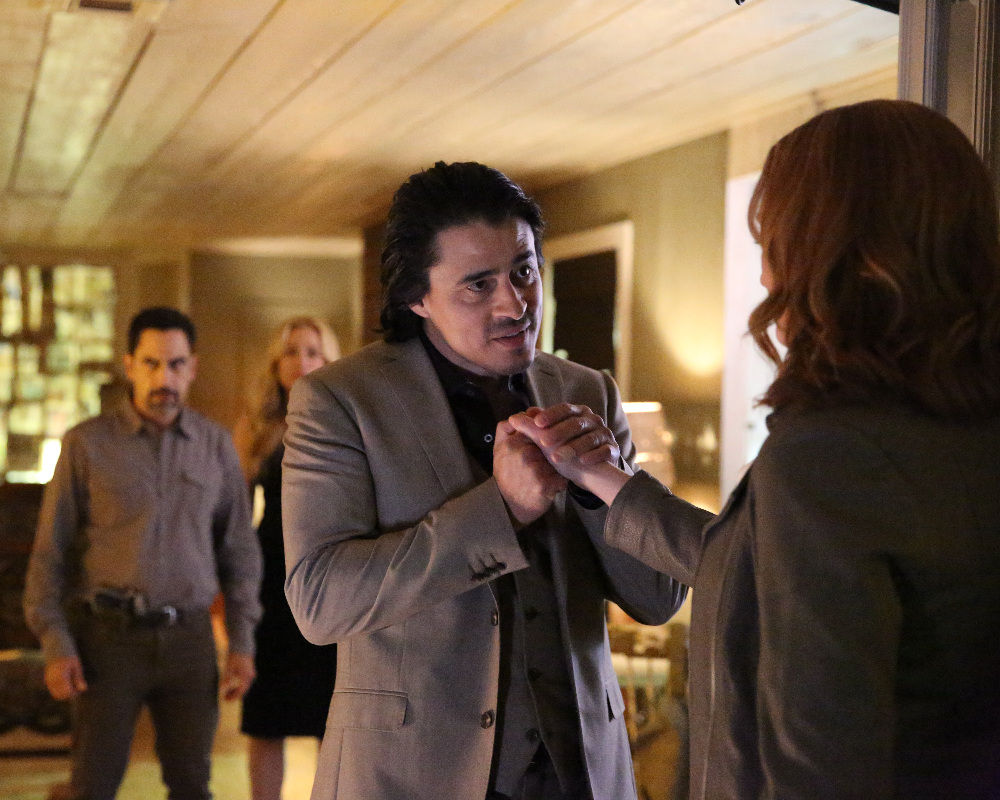