by The Screen Spy Team
Pretty Little Liars returns with the second half of its sixth season — and a slew of changes – on January 12th with “Of Late I Think Of Rosewood,” an episode that places our Liars on entirely different footing, post Charles, thanks to a five years flash-forward. Now in January 19th’s “Charlotte’s Web” Freeform (goodbye... Read More

Pretty Little Liars returns with the second half of its sixth season — and a slew of changes – on January 12th with “Of Late I Think Of Rosewood,” an episode that places our Liars on entirely different footing, post Charles, thanks to a five years flash-forward.

Now in January 19th’s “Charlotte’s Web” Freeform (goodbye ABCFamily) teases that the Liars will start to look at one of their own as questions arise regarding the new mystery unveiled in the Winter premiere.

Specifically, as the girls are forced to stay in Rosewood, questions about the new mystery surface. A restless Aria starts to look suspicious as she heads back to Boston a little too quickly. But could Aria really be the one behind this?

As Spencer, Emily and Hanna find themselves back in familiar territory, they aren’t happy with going about solving this puzzle “the old way.”

Meanwhile, Emily continues to lie about her life in California and Alison keeps a close eye on her friends.

If you’ve missed out on any scoop or photos from the winter premiere be sure to catch them through the link below – along with a sneak peek revealing the first four minutes.

Pretty Little Liars is produced by Alloy Entertainment in association with Warner Horizon Television and is executive-produced by I. Marlene King, Oliver Goldstick, Leslie Morgenstein and Joseph Dougherty.

We’ve got a collection of just released photos from the installment to share in our gallery below. 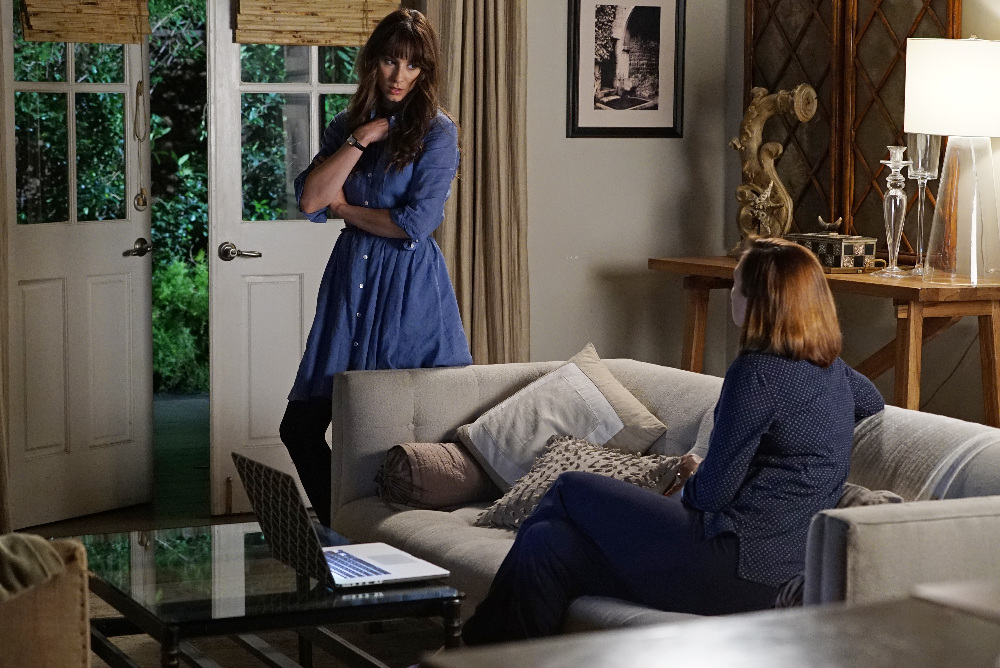