DARK MATTER “ALL THE TIME IN THE WORLD”

If you’re a fan of Anthony Lemke’s Three over on Syfy’s Dark Matter, then chances are you’re going to love Friday’s new episode.

In a Groundhog Day-esque turn of events, “All the Time in the World” will see Three (Lemke), unbeknownst to the rest of the crew, trapped in a time loop where he is forced to relive the same day over and over again — with hilarious results.

Will the experience make Three a better man, or will he emerge from his ordeal as bad as ever? Only time (and lots of it) will tell.

Meanwhile, it appears Android (Zoie Palmer) will be doing a bit of time jumping herself, but of a far more scary variety.

As the following sneak peek clip reveals, the episode will see the messed up timeline causing the crew to time jump to various points in their future, including the rather ominous sounding ‘end of time’ where even the stars have died.

However, there is one person there who may be able to help the crew get back on track. It’s an ancient Five (Jodelle Ferland), who appears to have waited out her entire life for this moment, and is at hand to give Android what she needs — and also to drop some major spoilers about what’s coming for the crew in their future.

I won’t lie. We’re kind of excited about this one.

Photos, promo trailer and an awesome sneak peek all follow below.

DARK MATTER -- "All the Time In the World" 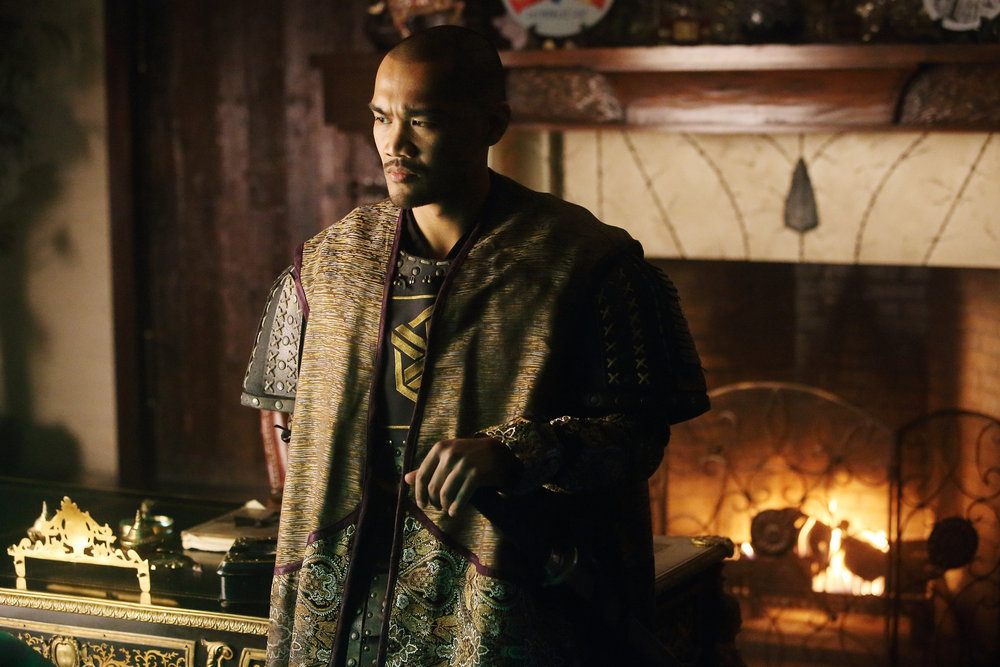