There’s no doubt Clary’s been on a voyage of self-discovery from the opening episode of Freeform’s Shadowhunters.

Now in episode 6, “Of Men and Angels” that journey is set to continue as Magnus and Luke reveal the secrets of her past.

Airing Tuesday February 16, the episode will see Luke in dire need of help. Jace, Clary and Simon take him to Magnus’ lair in hopes of saving his life.

However, once there, the story of how Valentine came to be evil, and Jocelyn and Luke’s past is revealed to Clary in hopes of triggering her memory of what happened to The Mortal Cup.

Meanwhile, Isabelle and Alec are tasked to restore their family name in the eyes of The Clave.

A new gallery of just-released images from “Of Men and Angels” follows below. 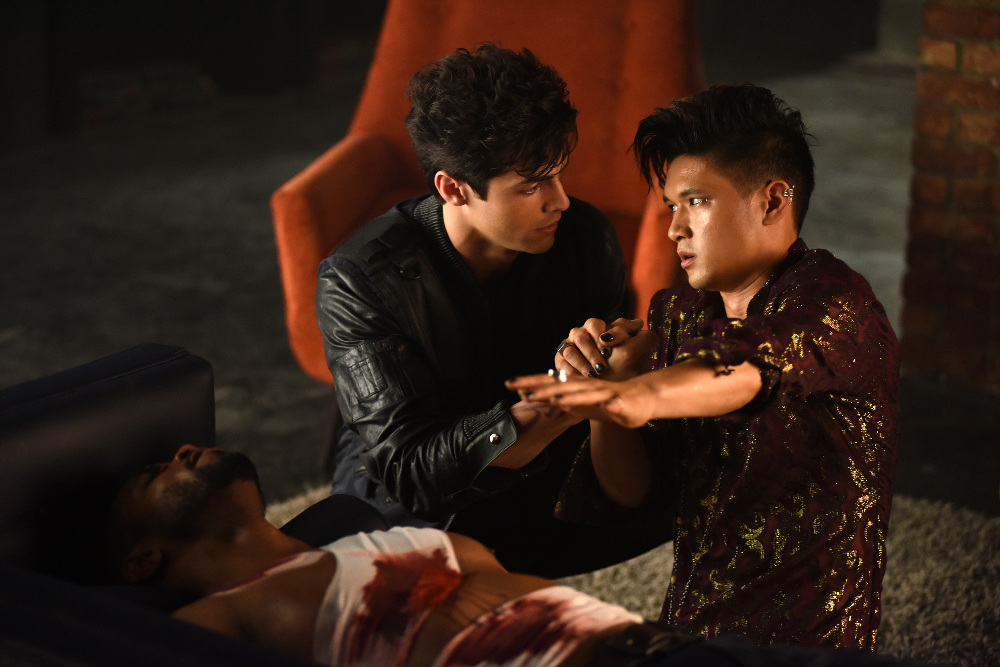 SHADOWHUNTERS - "Of Men and Angels" - Magnus and Luke reveal Clary’s past in “Of Men and Angels,” an all-new episode of “Shadowhunters,” airing Tuesday, February 16th at 9:00 – 10:00 p.m., EST/PST on Freeform, the new name for ABC Family. (Freeform/John Medland)MATTHEW DADDARIO, HARRY SHUM JR.