To say you could cut the tension at Pearson Specter Litt with a knife right now would be a bit of an understatement.

Arrests, forced firings of staff by other well intentioned but nonetheless fearful staff (Louis Litt, we’re looking at you) and the looming threat of further indictments have all taken a heavy toll on the firm.

Now with Mike’s trial looming, it’s Harvey and Mike’s turn to feel the squeeze as they fall out over their strategy, and just what lengths they’ll go to in order to defeat the formidable Anita Gibbs.

And don’t expect those differences to fade away. We hear Mike and Harvey’s failure to see eye to eye will cause repercussions further down the line as Mike makes the decision to dump Harvey and represent himself.

Meanwhile, unaccepting of Mike’s wishes, Harvey will do everything in his power to retain the other’s services and beat Gibbs — no matter the cost.

We’ve got a small gallery of just-released photos from the episode to share below, one of which includes Abigail Spencer’s Dana Scott who will return on February 10 to mix things up. 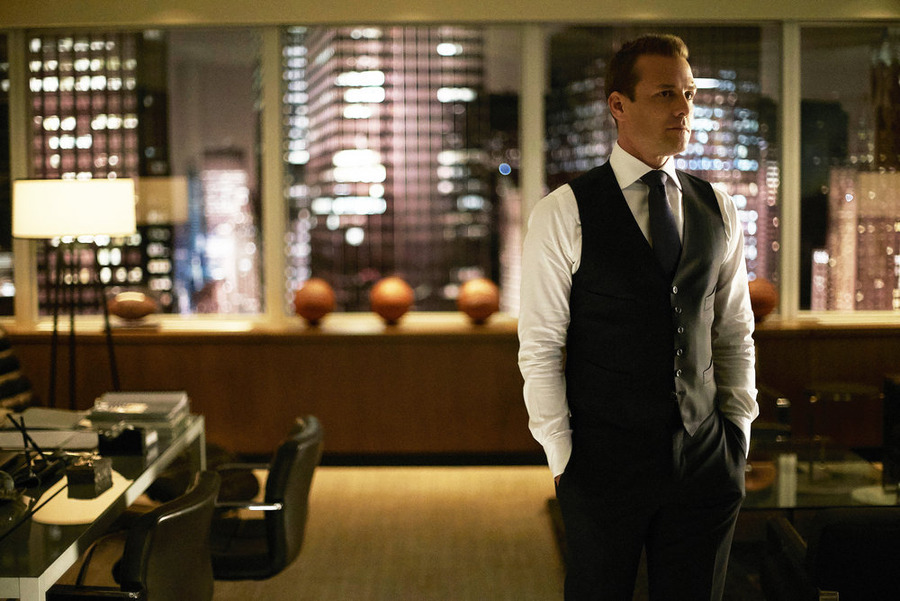