Home Is THIS IS US Planning a Season 2 Finale Surprise?

Is THIS IS US Planning a Season 2 Finale Surprise?

After all the tears, and all the tissues, This is Us is finally airing its last episode of the season on Tuesday, and we’re so … dehydrated. (Don’t worry, the show has already been renewed for season 3, This is Us fans.)

Indeed! We are a little bewildered about the timeline too.

As fans know, Jack died of a heart attack brought on by smoke inhalation following his brave rescue of Rebecca, Kate and Randall, along with some of their treasures belongings. (The crock pot was not among the items!)

The fan theories as to how Jack could be present at Kate and Toby’s (Chris Sullivan) wedding are coming thick and fast this week. It’s all a dream. It’s not Jack, but his younger brother (check out those glasses) who might not have died in Vietnam after all. Forget Jack’s brother. It’s Jack himself. We never did see that body, did we? Rebecca is dying and sees ‘angel Jack’ in her last moments.

Our best guess though is that we are looking at a “what could have been” moment, as Kate prepares for her big day and imagines what it might have been like if her dad was there to walk her up the aisle. And although there are more rumors also flying that the finale will either see —

A) a cancer scare for Rebecca, based on a February Blind Item teaser from TVLine’s Michael Ausiello

An extremely popular broadcast drama that’s been on the air for less than three seasons is eyeing a season-ending plot that would find a pivotal character being diagnosed with terminal cancer.

— we’re not completely onboard for either theory. This is Us tends to do one major event (read death) per season. Last year we saw Randall’s dad William die in the excellent “Memphis” episode, and this year, we had the much hyped “Superbowl” episode which gave us a blow by blow account of the specifics of Jack’s demise. Do we really need to be shocked and saddened by another blow so soon? Don’t these characters, and the fans who have already been emotionally devastated this season already, deserve to bow out of season 2 with a smile on our respective faces?

Whether we’re smiling or wailing through our tears on Tuesday, there is one thing we can all agree on. We’re going to grossly underestimate the number of tissues we’ll need.

Catch all the official wedding photos from the finale and enter our poll below to let us know what you think. Is This is Us planning an unhappy end of season surprise? 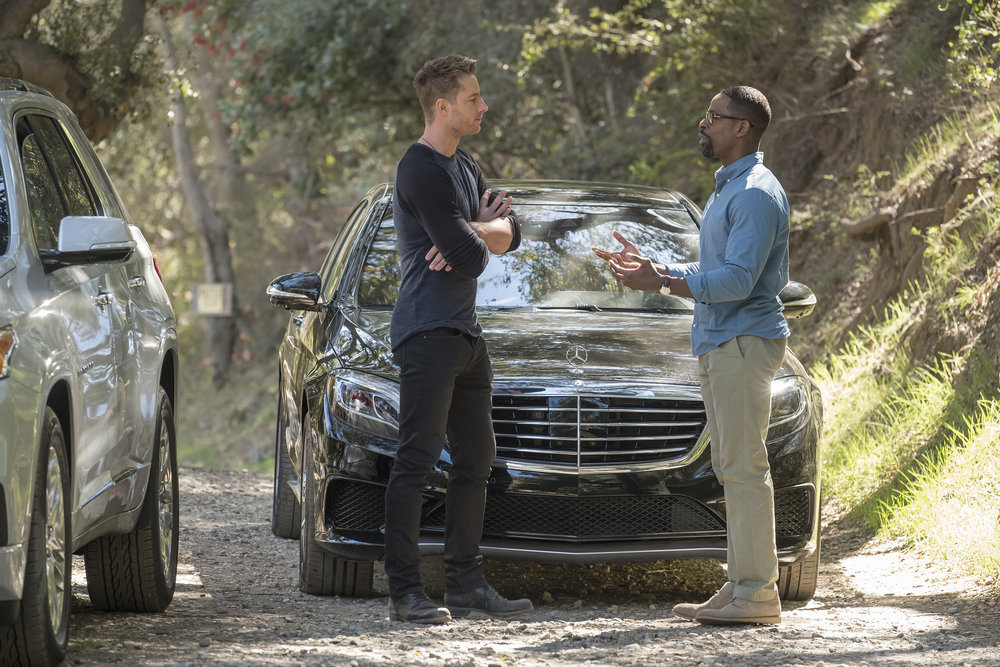