by Jennifer Griffin
THE HOTTEST DAY OF THE YEAR HAS THE FIRST RESPONDERS FEELING THE PRESSURE   Episode 2×01 “Under Pressure” — On one of the hottest days of the year, the first responders feel the pressure as harrowing incidents keep happening around the city, including a road rage accident involving a van full of tourists, an emergency... Read More

Episode 2×01 “Under Pressure” — On one of the hottest days of the year, the first responders feel the pressure as harrowing incidents keep happening around the city, including a road rage accident involving a van full of tourists, an emergency at an auto-repair shop and a veteran with a live grenade embedded in his leg.

Meanwhile, Buck gets a surprise visit from his sister, Maddie (Jennifer Love Hewitt).

Also, Athena questions her relationship with Bobby. Then, at the fire station, handsome new hire Eddie (Ryan Guzman) jeopardizes Buck’s chances of being chosen for a fireman calendar. 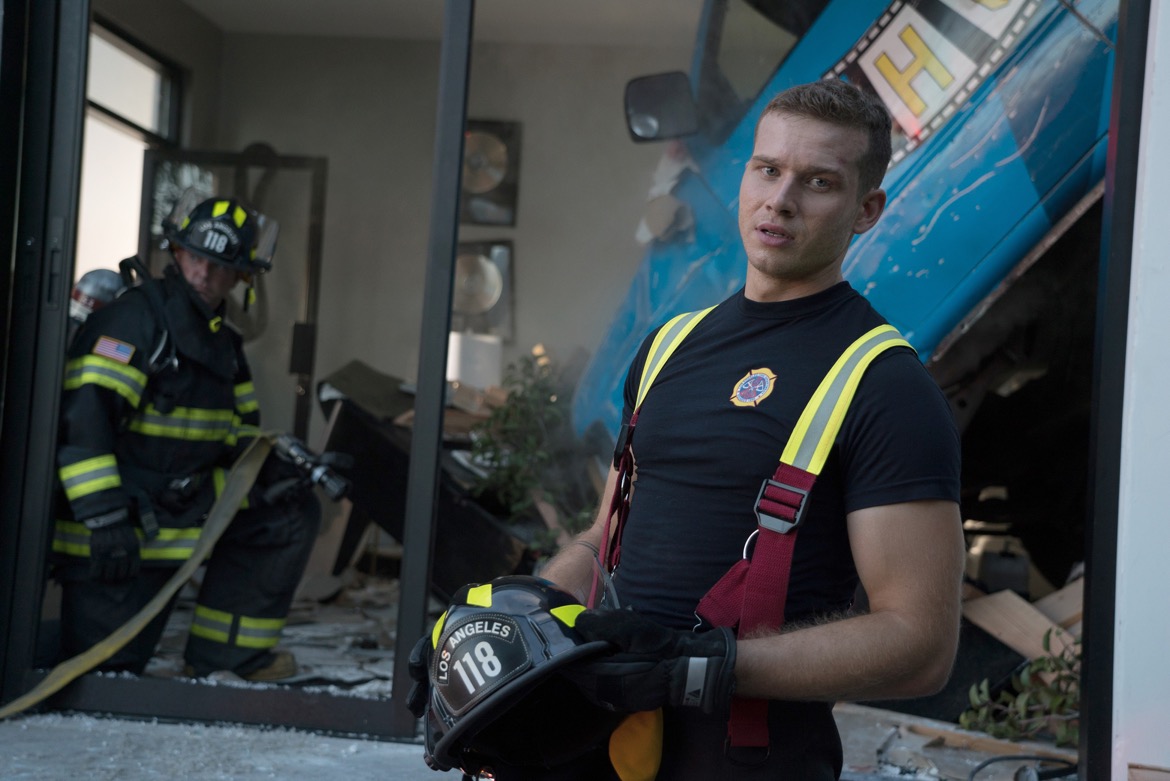