Holmes and Watson will search for a computer hacker responsible for three murders in Elementary’s January 21st installment.

“Murder Ex Machina” will see the pair investigating an elusive hacker’s latest crime — that of the murder of a Russian billionaire who was visiting New York City at the time of his death.

Meanwhile, we hear Morland Holmes will reassert himself into Joan’s life when he surprises her with a solo dinner invitation.

Exactly what does Morland want to keep from Sherlock? We’re guessing, based on recent story developments that include blackmail and murder, that the list is even more extensive than Sherlock himself realizes.

We’ve got a collection of new images from “Murder Ex Machina” to share in our gallery below. 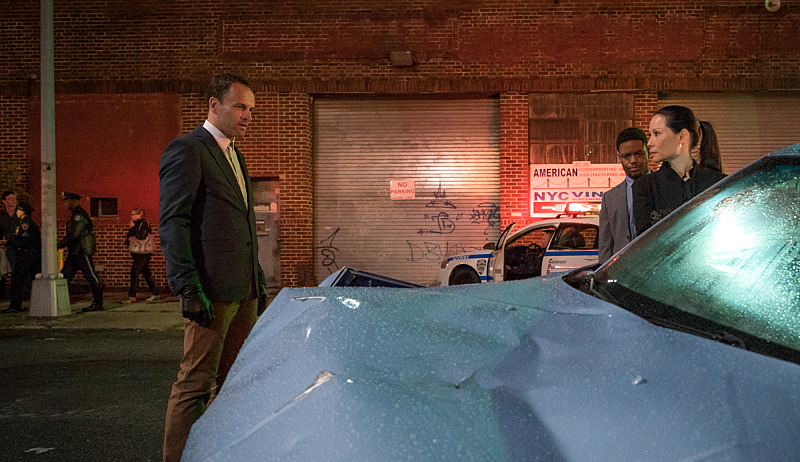