First-look photos from the second season premiere of FOX’s The Resident have officially dropped, and although details and loglines on the Sept. 24 premiere have yet to be released**, Fox promises that the season ahead will be a fraught one for the docs and residents of Chastain.

Season 2 will find Conrad (Matt Czuchry) continuing to make difficult calls in the best interests of his patients. However, having rekindled his relationship with Nic (Emily VanCamp), the two now must face unresolved issues from their pasts.

Finally, our first-year resident Devon (Manish Dayal) becomes intrigued by new medical device rep Julian Booth (guest star Jenna Dewan, Step Up), whose presence at the hospital will upend business as usual for everyone there.

** Loglines for the premiere have arrived:

A BLACKOUT AT CHASTAIN CAUSES TENSIONS THROUGHOUT THE HOSPITAL

A blackout at Chastain Memorial Hospital requires the staff to treat their patients without the help of any technology. Bell orders the staff to stop accepting new patients and transfer those on life support, but when a child in need is rushed to the ER, Conrad and Devon go against the mandate. Meanwhile, Mina and Austin are tasked with performing heart surgery on a premature baby, despite the lack of power, and Nic works tirelessly to organize the staff and patients who stay during the blackout 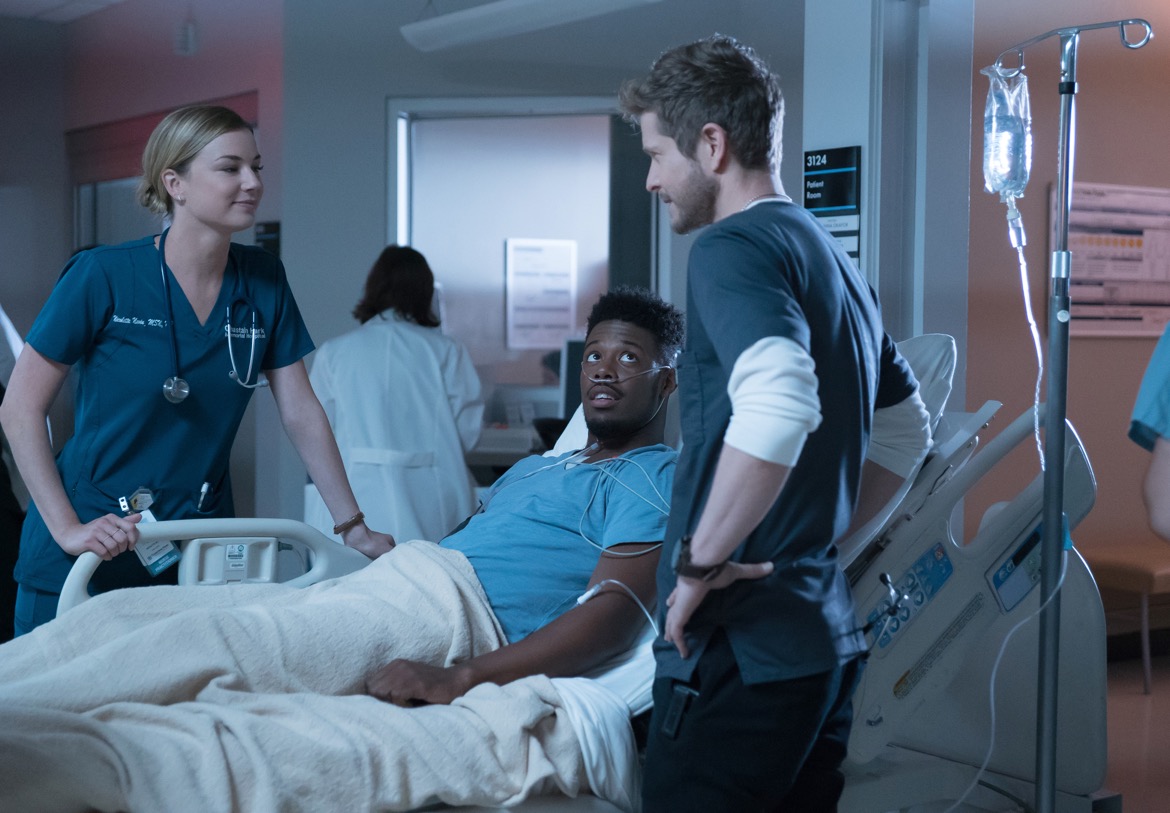 THE RESIDENT Season 4 Episode 1 “A Wedding, A Funeral” Photos