Although Freeform haven’t gone beyond announcing Harrington’s casting in these first look photos from the upcoming episode, there is a distinct Wayland vibe to the photo-set, featuring Jace sparring with, and appearing to be lectured to, Harrington’s mystery character.

Coupled with an earlier leaked video and the title for his particular installment and … well we’ll let you be the judge.

The episode, tellingly titled “Blood Calls to Blood” will see Clary and Jace, with the help of a new ally(!), attempting to rescue Jocelyn.

Freeform teased in a recent press release (catch our weekly updated episode guide here) that after receiving important intel about Valentine from a surprising ally, Clary, Jace and Luke devise a plan to rescue Jocelyn.

With the mission looking almost impossible, the three will stop at nothing to rescue Clary’s mother and put a stop to Valentine once and for all.

Meanwhile, Inquisitor Herondale arrives at the Institute for Isabelle’s trial as Alec turns to Magnus for help. 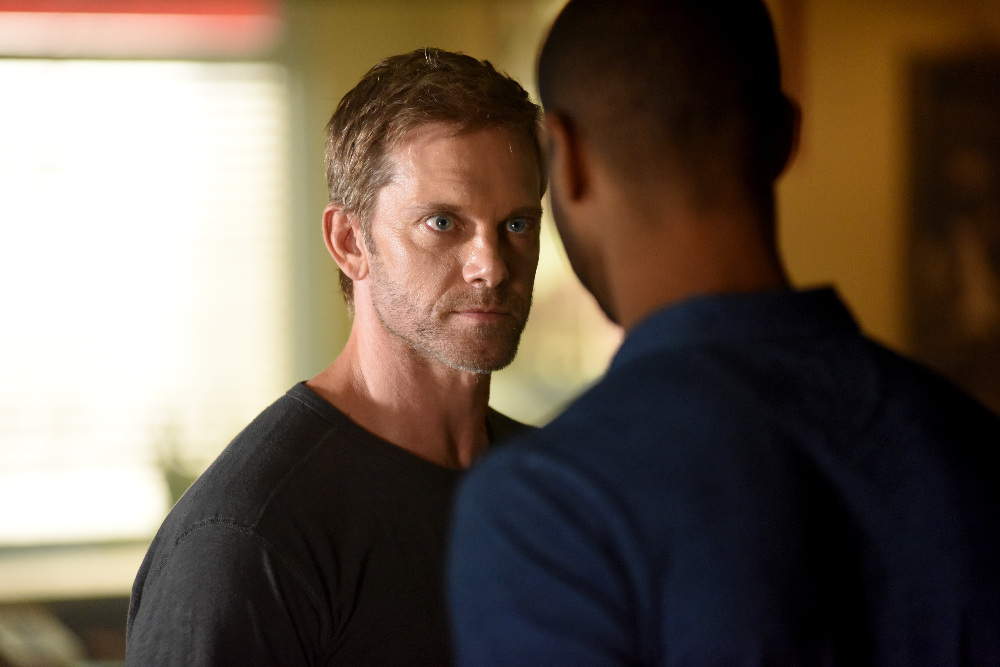 SHADOW HUNTERS - "Blood Calls to Blood" - With the help of a new ally, Clary and Jace attempt to rescue Jocelyn in "Blood Calls to Blood," an all-new episode of "Shadowhunters," airing TUESDAY, MARCH 22 (9:00-10:00 p.m. EDT) on Freeform. (Freeform/John Medland)ADAM HARRINGTON