Fire will Reign in New Poster for House of the Dragon

While Game of Thrones certainly built up to Daenerys’ dragons reaching maturity, the upcoming spinoff, House of The Dragon will have the Targaryens in the height of their power, with full grown dragons flying around and causing all kinds of havoc.

The series is set to premiere later this fall, and we have a new poster featuring a young Rhaenyra (Milly Alcock) with her dragon Syrax standing behind her. Check it out: 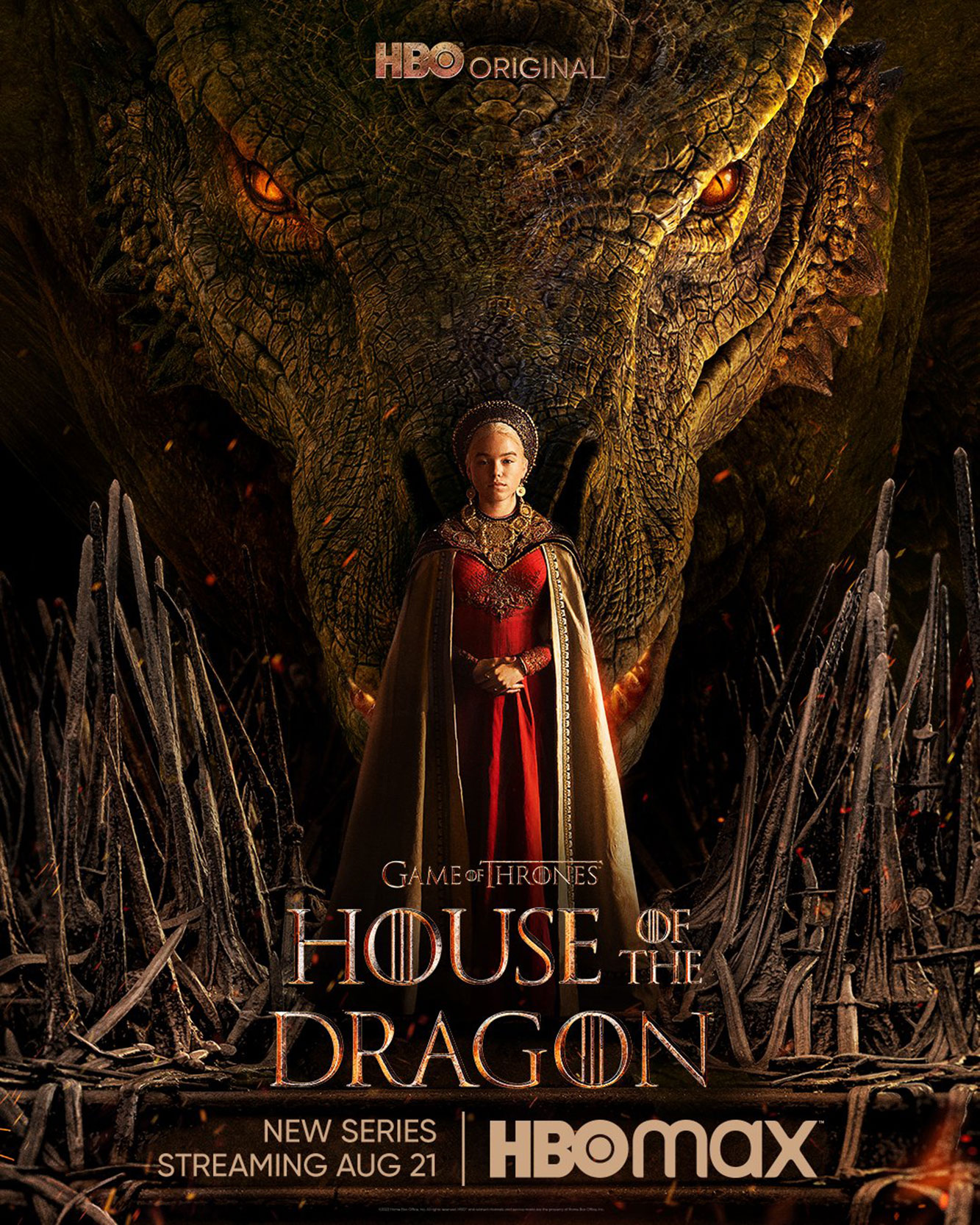 In the lore, Rhaenyra is the eldest daughter of King Viserys Targaryen, and she was expected to succeed him in the throne until her claim was challenged by Aegon II Targaryen. Her mother is Queen Aemma of House Arryn, and she’s said to be an experienced dragon rider, being one of the main players in the Targaryen Civil War known as the Dance of Dragons.

While the Game of Thrones series had to come up with their own kind of story toward the end, House of the Dragon has the benefit of being able to tell a completed story. I guess the only expansion available is the story is the arc of the houses outside of the Targaryen conflict. Maybe we can see early versions of Winterfell, and Harrenhall before it got burned down by dragons.

Being a fan of early Game of Thrones with the character intrigue and drama, it was kind of disappointing to see the final season kind of rush the development in favour of CG-heavy action sequences. If you ask me, they could have skipped the whole battle with the Night King if we could just have a more meaningful look at the characters during the aftermath.

Then again, that’s just my opinion.

Catch House of the Dragon when it premieres on HBO Max on Aug. 21.

Revisit the Chernobyl Disaster in New Trailer for HBO’s Chernobyl: The Lost Tapes

Question Your Reality in Latest Trailer for Westworld 4