Don’t worry Bones fans. FOX may have released some promotional photos out of order yesterday, but we’ve still got the latest stills from May 12th’s “The Fight in the Fixer” for you. (You can find our gallery for “The Strike in the Chord” here in case you missed them.)

The episode will see the team investigating the body of a private investigator who was found frozen in ice, after being dumped in the Potomac, according ot the latest details from the Network.

The victim, a man with many enemies, was a “fixer” who made sure his clients’ problems got “resolved.”

Meanwhile, Aubrey is shocked to find information tied to his father’s whereabouts, Angela and Hodgins continue to work on their rocky relationship, Brennan and Booth get Christine’s first report card and criminal behaviorist Karen Delfs (guest star Sara Rue) asks Aubrey out on a date!

BONES: "The Fight in the Fixer" 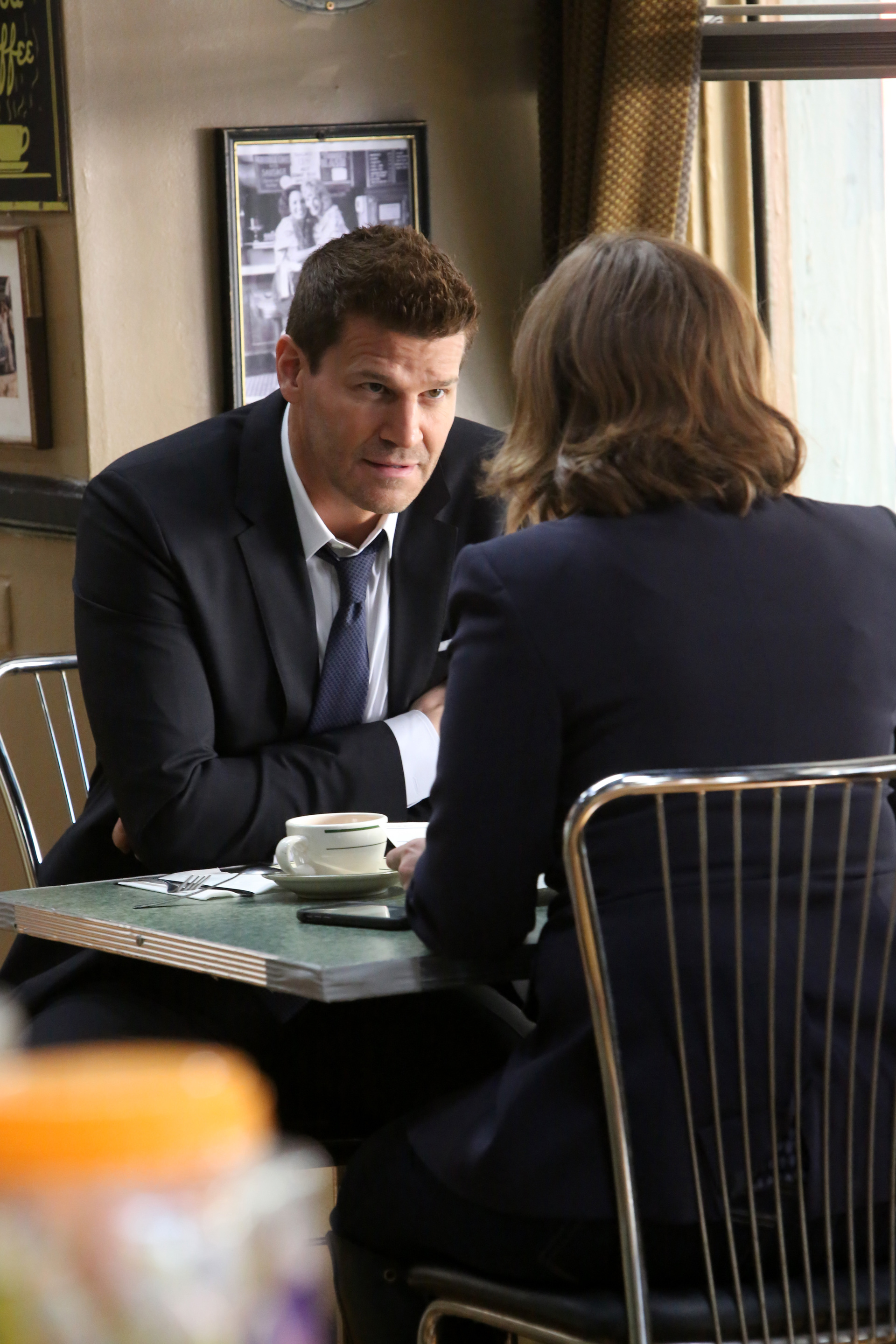