Chicago Fire fans, we’ve got a new gallery of images to share from the show’s Feb. 3 crossover episode “Three Bells.”

Find out gallery following the official log lines for the episode below.

THE SEARCH FOR THE SERIAL ARSONIST LEADS SEVERIDE TO MEET FACE-TO-FACE WITH AN OLD ENEMY—STORY ARC CONTINUES INTO “CHICAGO P.D.”

More clues surface surrounding the fire that killed Shay, leading Severide (Taylor Kinney) to a most unexpected source who may be able to provide pertinent information.

Elsewhere, Cruz (Joe Minoso) is in for a surprise when Otis’s (Yuri Sardarov) grandmother moves into their apartment, while Boden finds a way to help his dying father (guest star Richard Roundtree) make the most of his last few weeks. 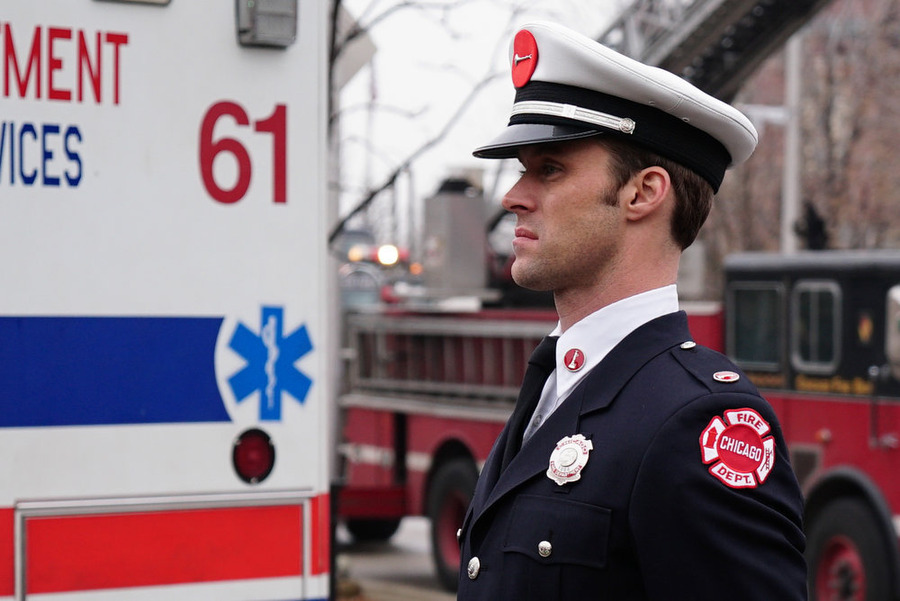