We’ve got some first look images from Chicago PD’s crossover episode “A Little Devil Complex” which picks up on events from Chicago Fire’s “Three Bells.”

Catch our gallery, following the episode’s synopsis below.

Intelligence along with patrol officers Burgess (Marina Squerciati) and Roman (Brian Geraghty) put pressure on Gish to try and make him confess.

Lindsay (Sophia Bush) approaches Voight (Jason Beghe) about returning to Intelligence when she realizes that the task force isn’t what she thought it would be.

At the same time Desk Sgt. Platt (Amy Morton) is acting strange and has everyone curious as to why she’s being overly cheery, friendly and nice. 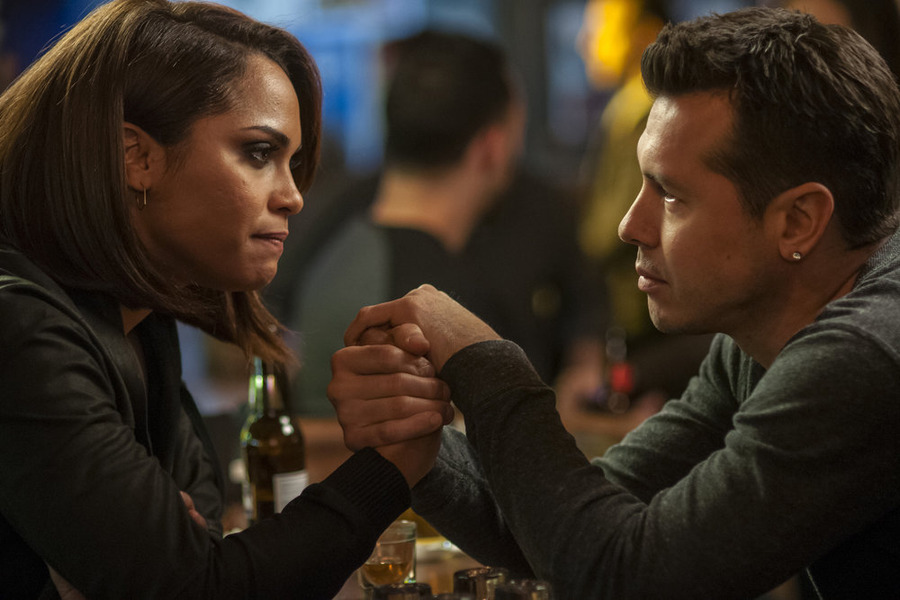