NBC has unveiled a collection of new images from Chicago PD’s upcoming “We Don’t Work Together Anymore.”

Airing Jan. 14 the cross-over episode sees the Intelligence unit coming to the aid of the feds in an operation to take down a drug cartel at its source.

Meanwhile, Lindsay (Sophia Bush) has her first case with the task force and realizes she needs to call on Voight (Jason Beghe) and the Intelligence unit to assist.

And following her near fatal shooting, Burgess (Marina Squerciati) is back on the job, but relegated to desk duty which allows Desk Sgt. Platt (Amy Morton) the opportunity to partner up with Roman (Brian Geraghty). 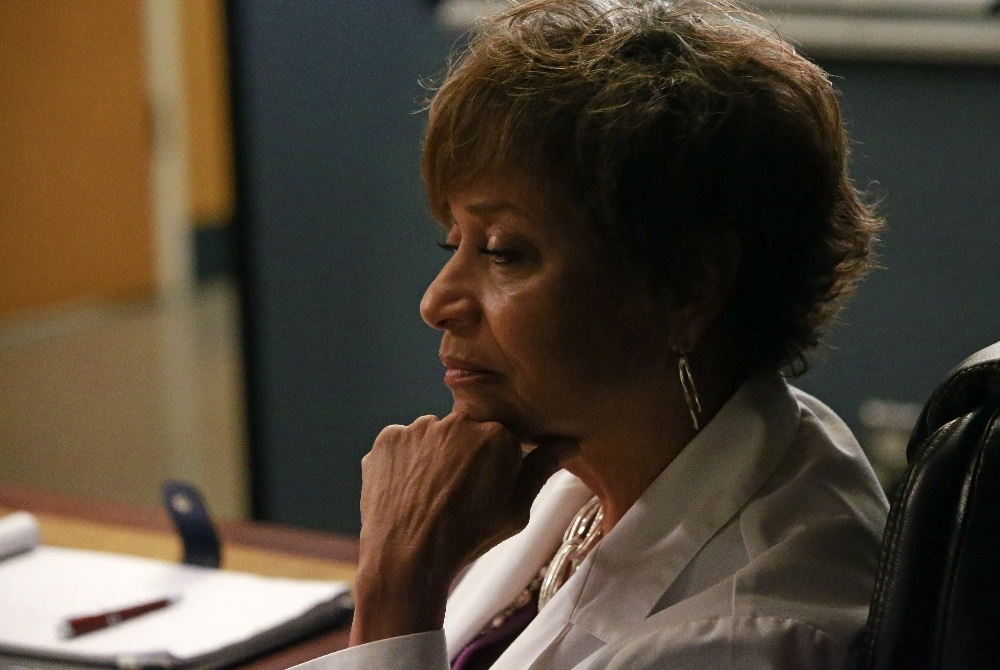 GREY'S ANATOMY - "Sledgehammer" - Grey Sloan Memorial Hospital springs into action to save the lives of two young girls whose powerful story will force some of the doctors to revisit the effects of bullying on their own pasts. Meanwhile, Meredith must adjust to changes at home with her new roommates while Bailey continues to fight for the Chief of Surgery position and Jackson prepares for April's return to Seattle, on the Season 12 premiere of "Grey's Anatomy," THURSDAY, SEPTEMBER 24 (8:00--9:00 p.m., ET) on the ABC Television Network. (ABC/Mitchell Haaseth)DEBBIE ALLEN